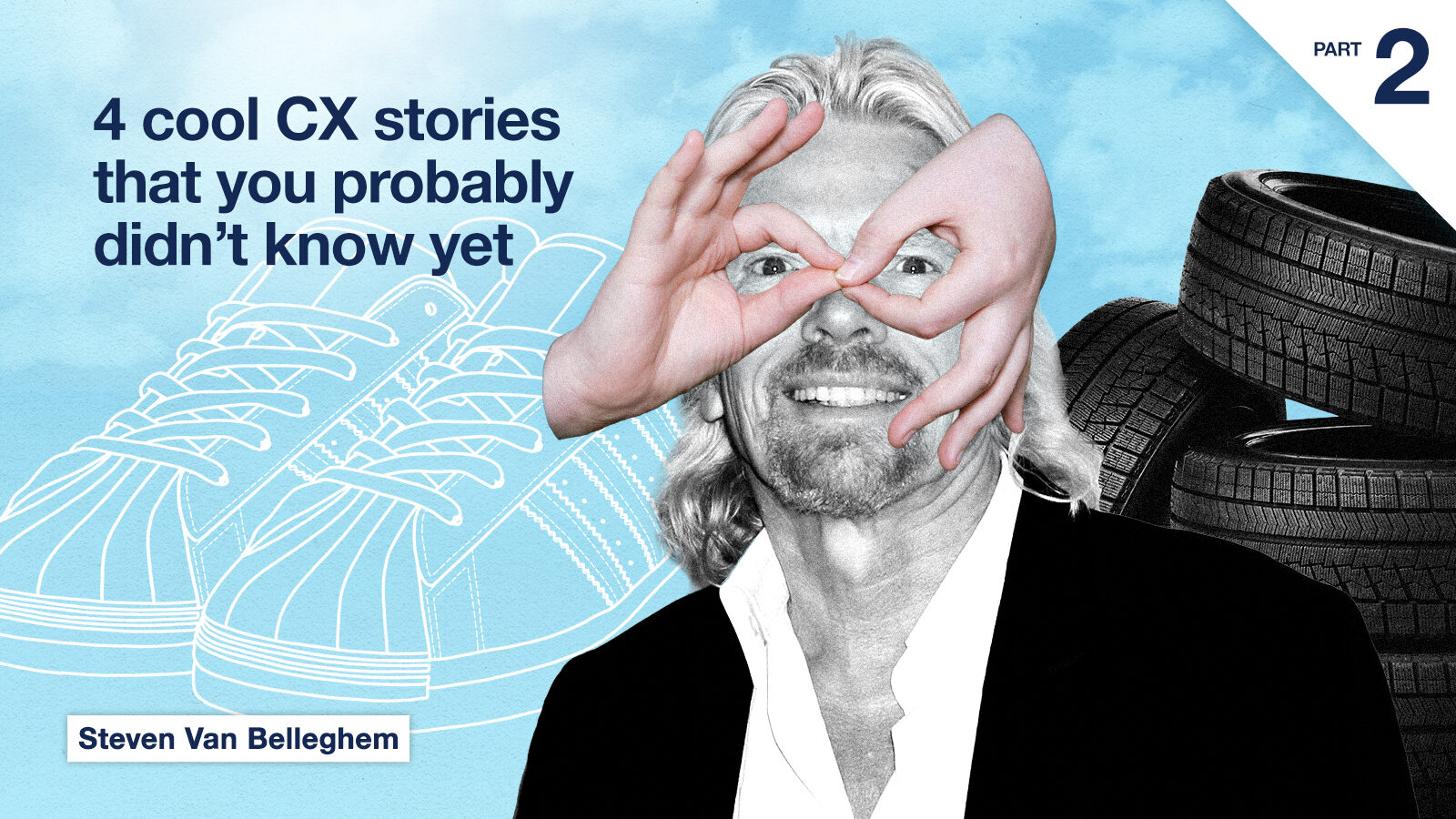 Did you know that Nordstrom once refunded a customer for a tire while it didn’t even sell tires?

One of the reasons that Nordstrom has been successful for almost 120 years is that the staff is trained to strive to get you a “yes” to anything you request. In 1975, a man returned to a store with four snow tires in the bed of his truck. He bought the tires at a tire shop several weeks before, and he needed to return them. But as he pulled up to the supposed-to-be tire shop where he purchased his tires, he discovered the tire shop was closed, and a Nordstrom was in its place. After explaining his situation to a sales clerk, Nordstrom (a store that doesn’t sell tires) allowed him to return the tires, AND they refunded his money. The result: 43 years later, people are still telling this story: if you Google ‘Nordstrom tires,’ you get more than 3 million results. 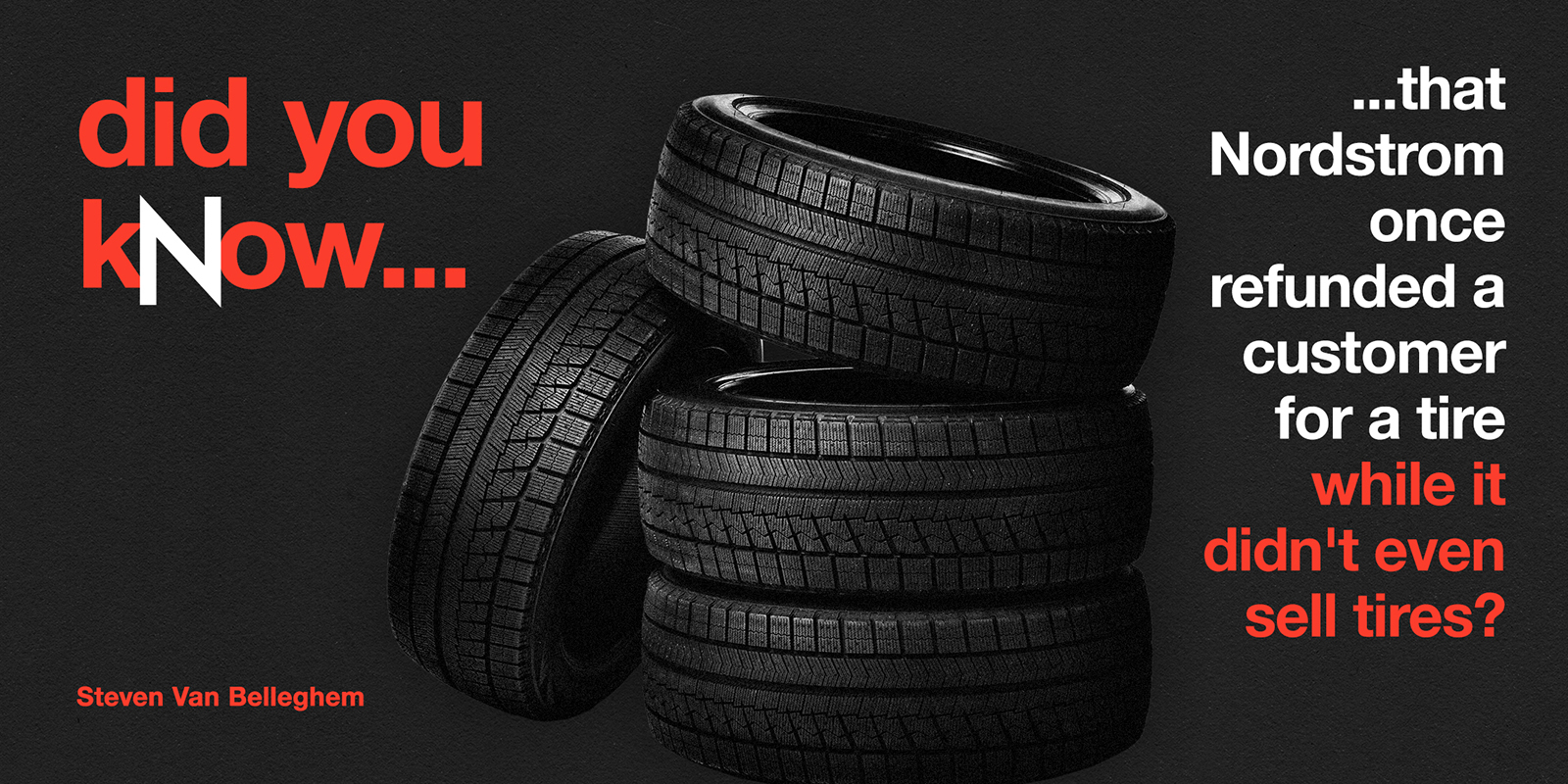 Did you know that Richard Branson once invited a passenger who had complained about the airplane food to be on the board of the airline’s culinary council?

According to Richard Branson “A complaint is a chance to turn a customer into a lifelong friend”. In a famous episode, a customer in first class had what sounds like a dreadful Indian-themed meal on a flight. The letter he wrote to Branson was both funny and disturbing. The most significant part of the story isn’t the letter, though, it’s how Branson responded. Branson invited the passenger to help Virgin overhaul its menu. He also later asked the passenger to be on the board of the airline’s culinary council. 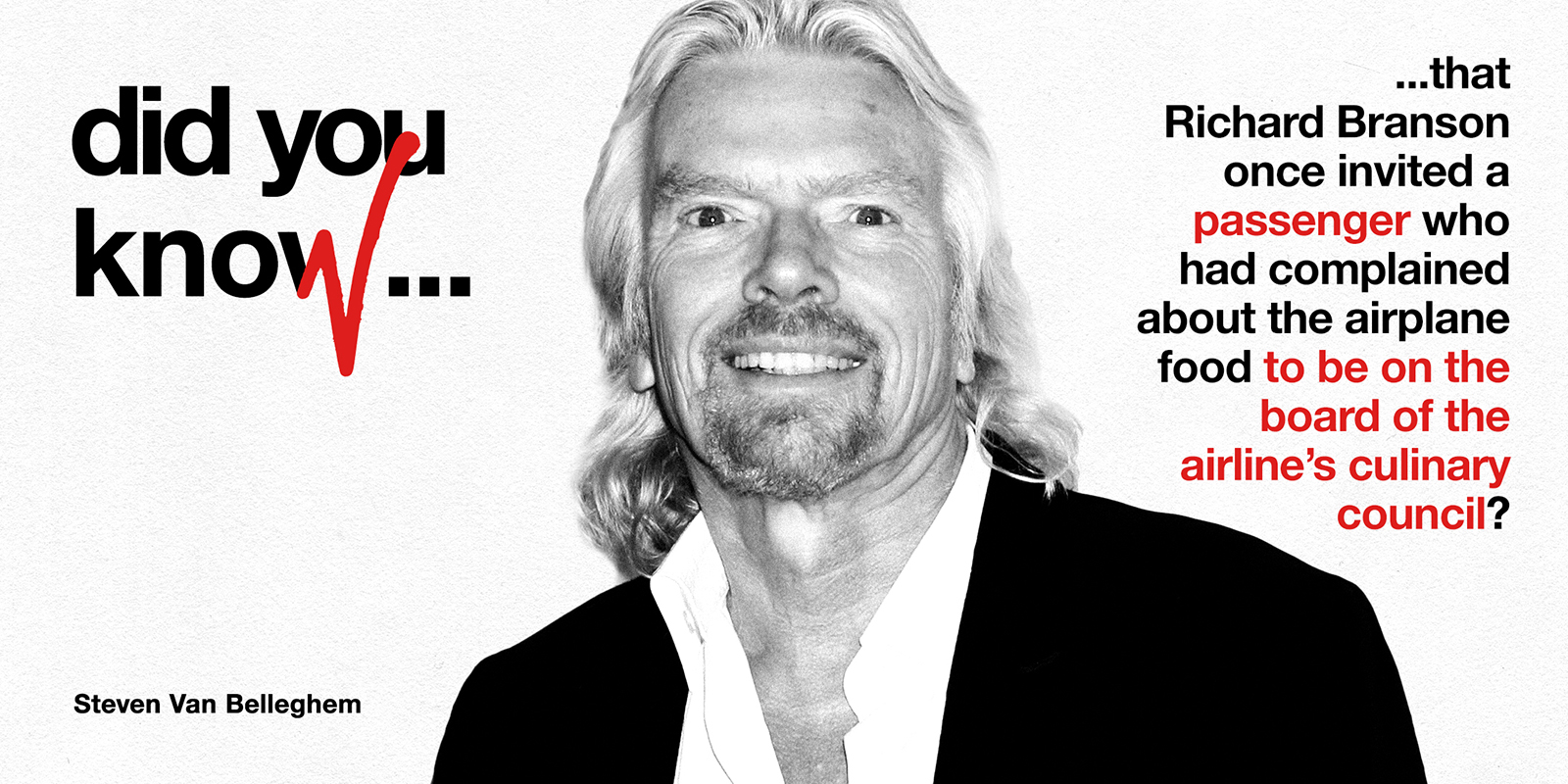 Did you know that listening to customer feedback helped Adidas sell over 1 million extra pairs in just one year.

Listening to customer feedback, introduced Adidas to a desire for more sustainable goods from customers. The company began producing shoes from ocean waste and sold over 1 million pairs in just one year. 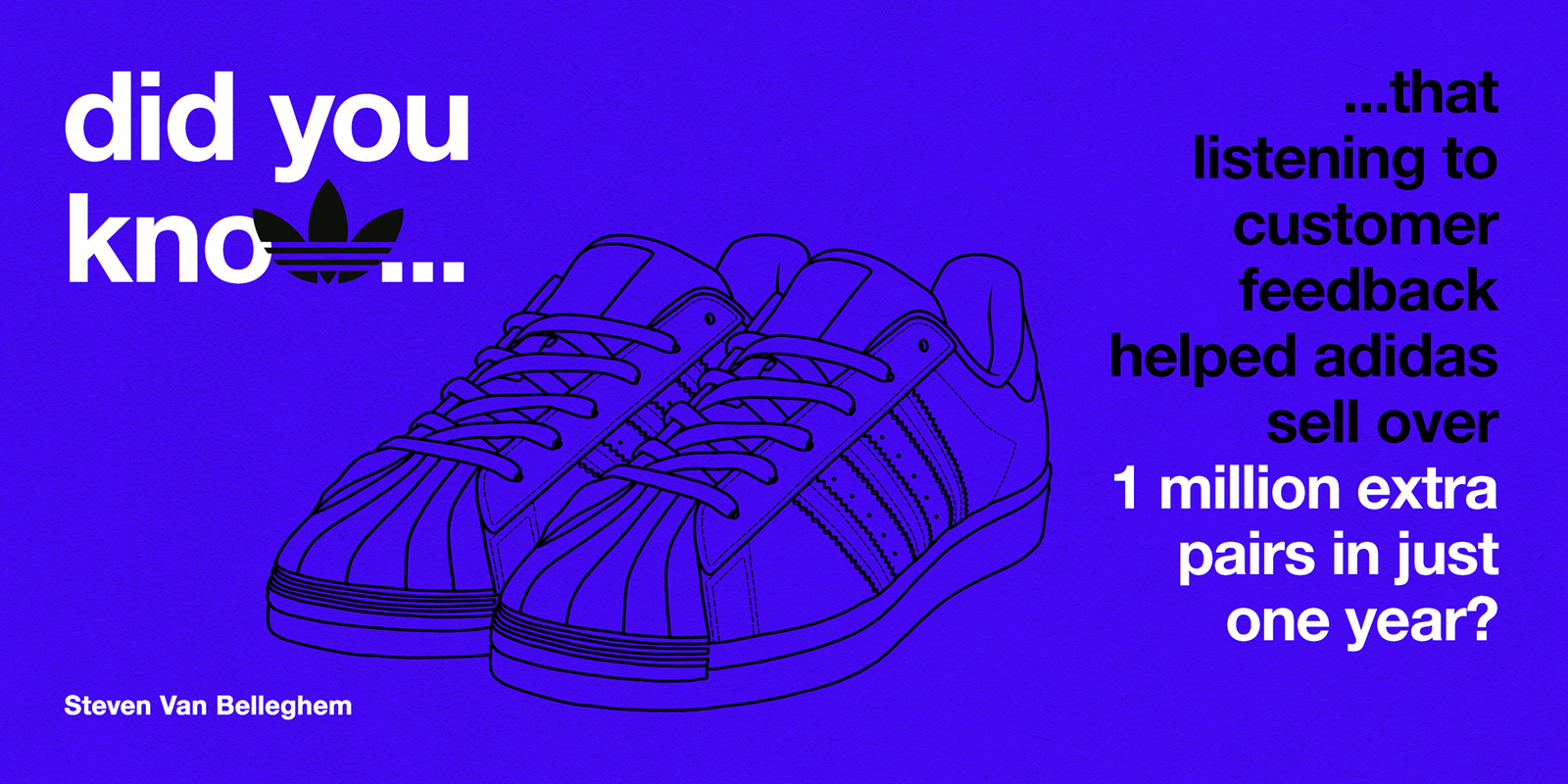 Did you know that a Starbucks employee learned sign language to make sure that one of her deaf customers would receive the best customer care possible?

Starbucks is a company that prides itself on its personal customer care. Writing down your name on your cup of coffee, for instance forms a personal bond between the barista and the customer. But one employee took it to the next level and made sure one of her deaf customers would receive the best customer care possible by learning sign language. The customer shared this story on his Facebook page and it went viral. 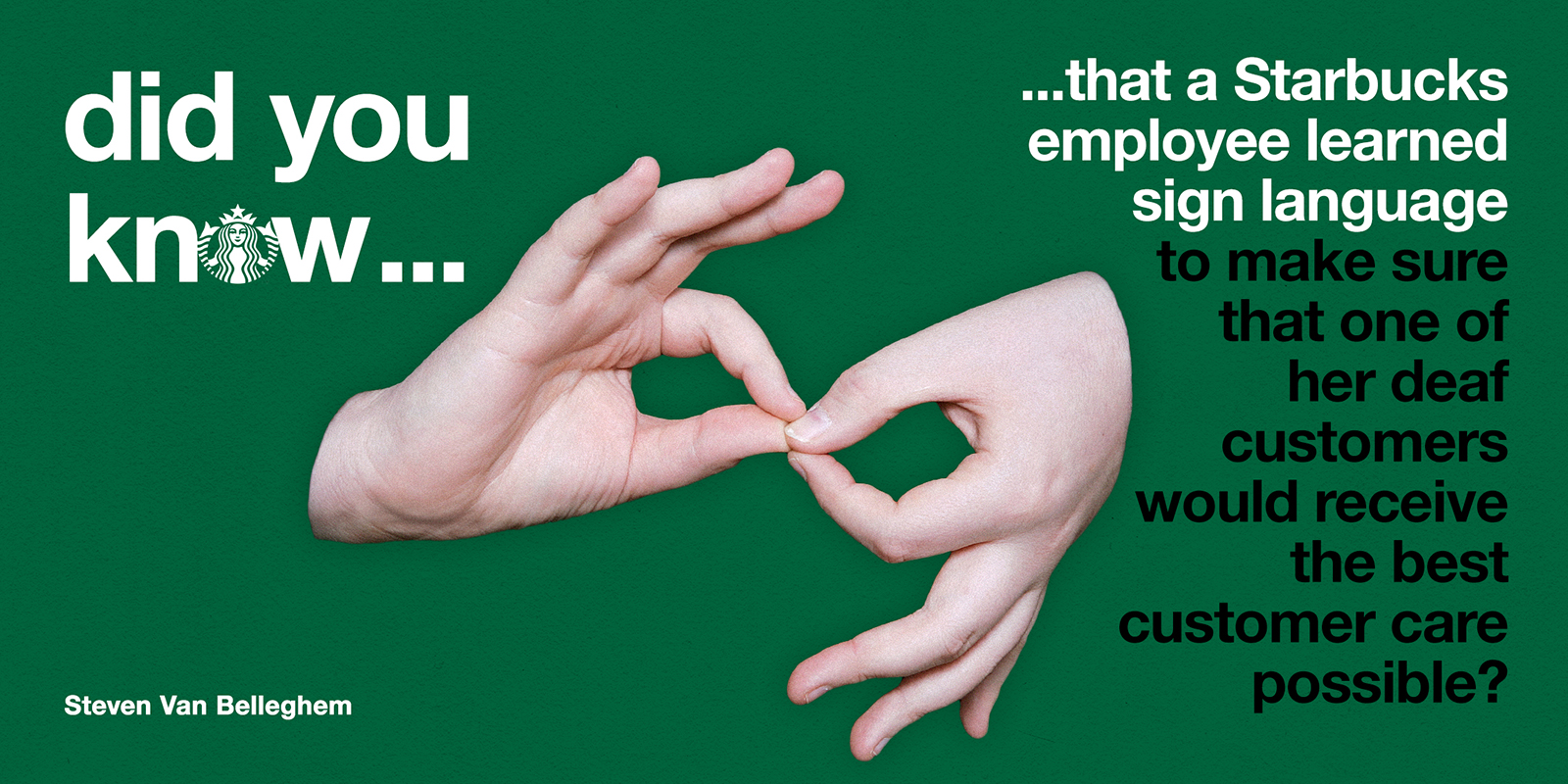