Are you ready to re-invent your company’s future? 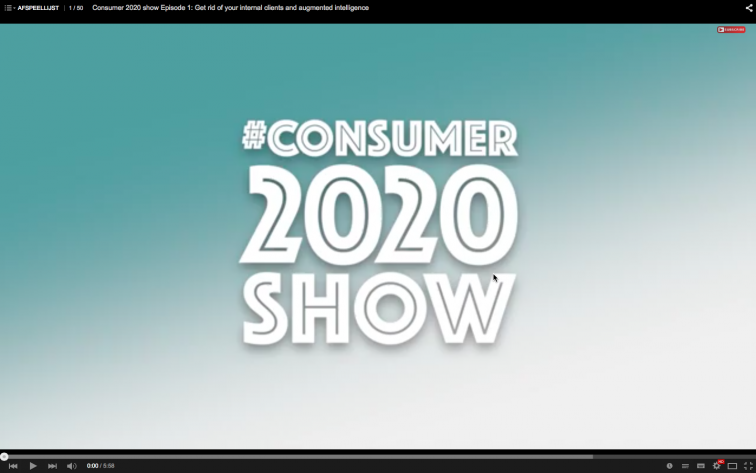 Many companies find themselves at a crossroads. The next few years will decide which business models will survive and which will undergo sweeping changes. Technological evolution, the modern consumer and the dynamics of every marketÂ compel us to answer that one crucial question: who is prepared to re-invent their company as well as themselves?

This article and the accompanying presentation will introduce you to a philosophy that makes it possible for people and organizations to re-invent themselves. The objective is learning how to be relevant and successful in a tumultuous market.

2013 made it clear how fast things are evolving nowadays!

Last year the world reached the tipping point. For the first time in history we spent more time in front of small screens (smartphones and tablets) than large ones (desktop and TV). The next two years will undoubtedly see the breakthrough of wearable devices (smartwatch, Google Glassâ€¦) and the â€˜internet of thingsâ€™ (from smart cars to smart toothbrushes). You might say technology will become the consumerâ€™s sixth sense.

2013 also illustrated how uncertain the fate of a company really is. Nokia was sold for $5 billion when a few years earlier it was worth a multiple of that sum. Blackberry also fell by the wayside.

Most companies use competitor analysis to analyze their direct competitors. While such analysis is obviously important, it is no less crucial to take a closer look at three new types of competitors.

Thereâ€™s only one answer: re-inventing your company

Markets are unpredictable and in a constant state of flux. While a long-term strategy is still indispensable, it may be a good idea to evaluate that strategy every three months. In order not to become obsolete, you need to self-evaluate thoroughly and prepare for the future using a different approach than the one that has proven successful in the past.

If youâ€™re afraid to disrupt or â€˜eatâ€™ your own business model then youâ€™ll find your head on a plate someday. As a player in an ever-changing market you must have the courage to let go of what you have and opt for something new, even if that means cannibalizing your own market. A recent example would be the Blockbuster versus Netflix story. Blockbuster was one of the biggest video rental businesses in the world. At one point there was a Blockbuster branch within ten minutes of every Americanâ€™s home. And then Netflix came onto the scene. They initially offered a subscription for ordering DVDs. The DVDs were shipped via regular mail and the customer simply sent them back afterwards. When Netflix and VOD eventually killed Blockbusterâ€™s business model, they started taking over other companies. Blockbuster wasnâ€™t willing to adjust its existing business model whereas Netflix immediately jumped on the streaming trend. By offering streaming services, the company lost some of its post order customers to its new service. Just a few years later, Netflix abandoned its post order activities altogether to focus completely on streaming. They werenâ€™t afraid to eat their own business model and as a result they didnâ€™t end up on someone elseâ€™s plate.

During a recent visit to Stanford, professor Baba Shiv advised his listeners to carry out a â€˜pre-mortemâ€™. Companies and people are usually good at performing a post-mortem. Once itâ€™s too late, we analyze the causes of the disaster and determine how it could have been averted. A pre-mortem aims to identify possible future causes of death in advance, thereby enabling a company to take proactive steps to ensure its survival. This is a golden tip for any organization. The key is to plan the pre-mortem while your company is still in top form.

A traditional customer relationship typically consisted of a marketing or sales funnel. Nowadays that relationship is a perpetual loop. Decisions are influenced by a great many sources and channels. The customer remains involved after the purchase and he remains part of the loop.

Companies must realize they only have one customer relationship per consumer. The consumer who visits the site and the one in the store, on Facebook and in front of the TV are one and the same. Thereâ€™s little sense in implementing both an online and an offline strategy. Your company just needs a customer strategy, period. The Apple account is probably the textbook example of what a single customer relationship should look like. I still canâ€™t get over the fact that a credit card purchase in London or Chicago is enough to be recognized as an Apple customer. They always find my customer data with no trouble at all. A modern customer relationship is primarily based on an attitude of extreme customer centricity. The elaboration of this relationship is often most apparent in the details. A McKinsey study has found that satisfaction in a customer relationship is mainly dictated by details.

The final step is implementing the new approach, which is pretty difficult within the existing company structure. A touchpoint-based organization makes for a fragmented customer relationship. The trick is to infuse an organization with speed and flexibility. Most of all this requires mental agility. We often think about adopting new structures but these do not work without a mental adjustment. Adam Pisone, co-founder of Yammer, made a strong statement on the subject. He claims that â€˜you donâ€™t have to change the structure of a company to become flexible; you just have to stop using the company structureâ€™. Peter Hinssen’s latest book, â€˜The Network Always Winsâ€™, examines the use of internal networks. If the market has become a network then your organization has no choice but to also operate as one. â€˜It takes a network to serve a networkâ€™ is one of the most remarkable quotes in his new book.

Itâ€™s not just about re-inventing companies. It is even more important to re-invent ourselves. Thereâ€™s much talk about the need for change in organizations. Well, when you think about it, this boils down to changing the individuals that work for those organizations. We all know how hard it is to change others but when it comes to ourselves, we are completely in control. This is a story about changing ourselves, about having the courage to stand in front of a mirror and truly ask ourselves on what level we need to up our game so we can still make a relevant contribution to the organization in a few yearsâ€™ time. The battle between man and machine will intensify in the years to come. As humans we will have to prove our added value. The hard truth is that robots will probably replace humans in many cases. Whereas in the past we would bring in cheap labor from low wage countries, robots may be the solution of the future. If and when that happens, we humans must bring something extra to the table. The answer is not being afraid of re-inventing yourself instead of only looking to others for change.