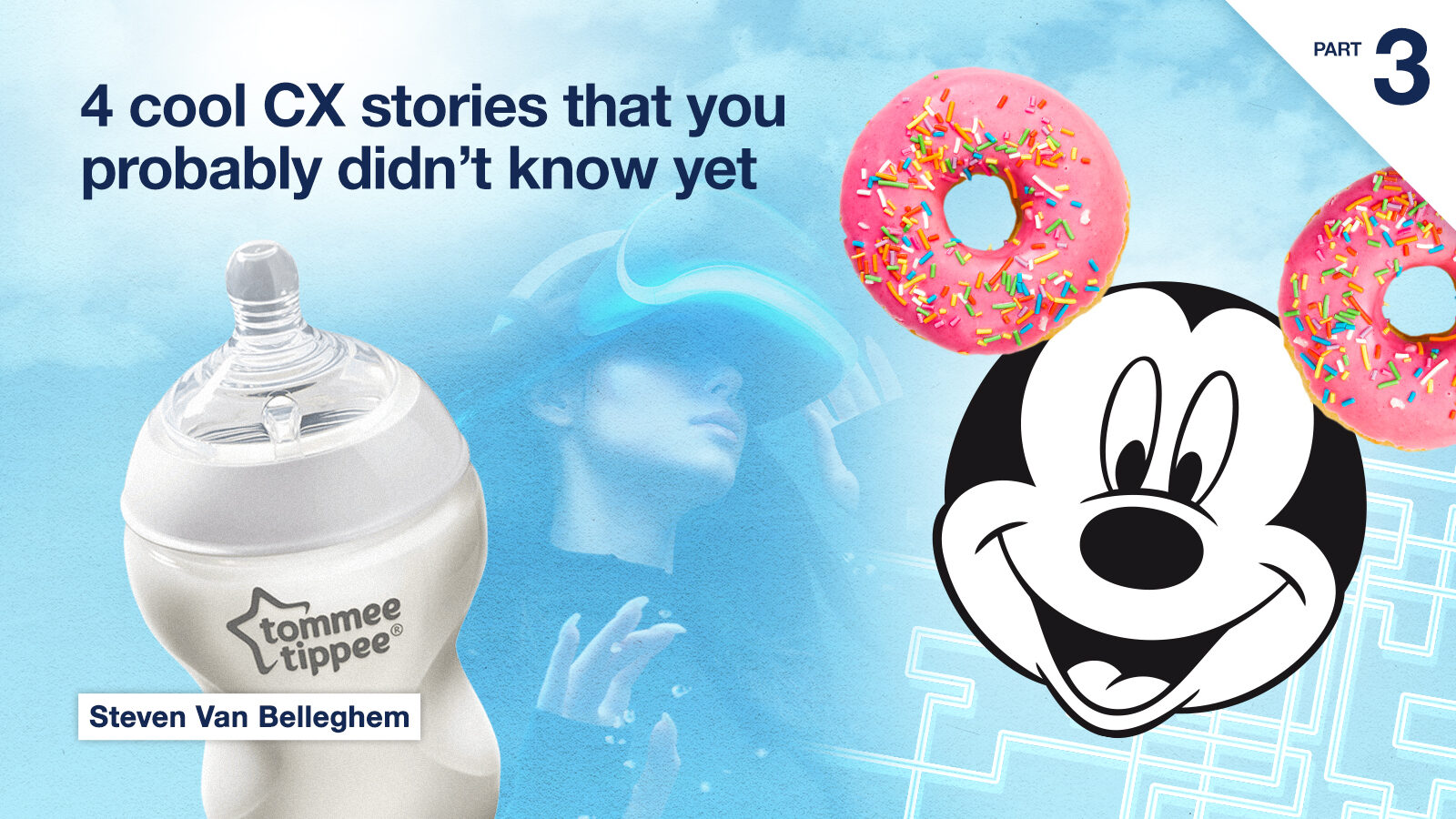 Through social media, the company stumbled upon a father looking for a replacement of a limited edition Tommee Tippee sippy cup for his son, Ben, who has severe autism. The sippy cup was the only one Ben would drink from and so the father created a hashtag #cupsforBen. The result was a viral tweet, amassing thousands of likes, retweets and shoutouts, which of course caught the company’s attention. The company ended up announcing they would be creating a limited run of the discontinued cup, especially for Ben. 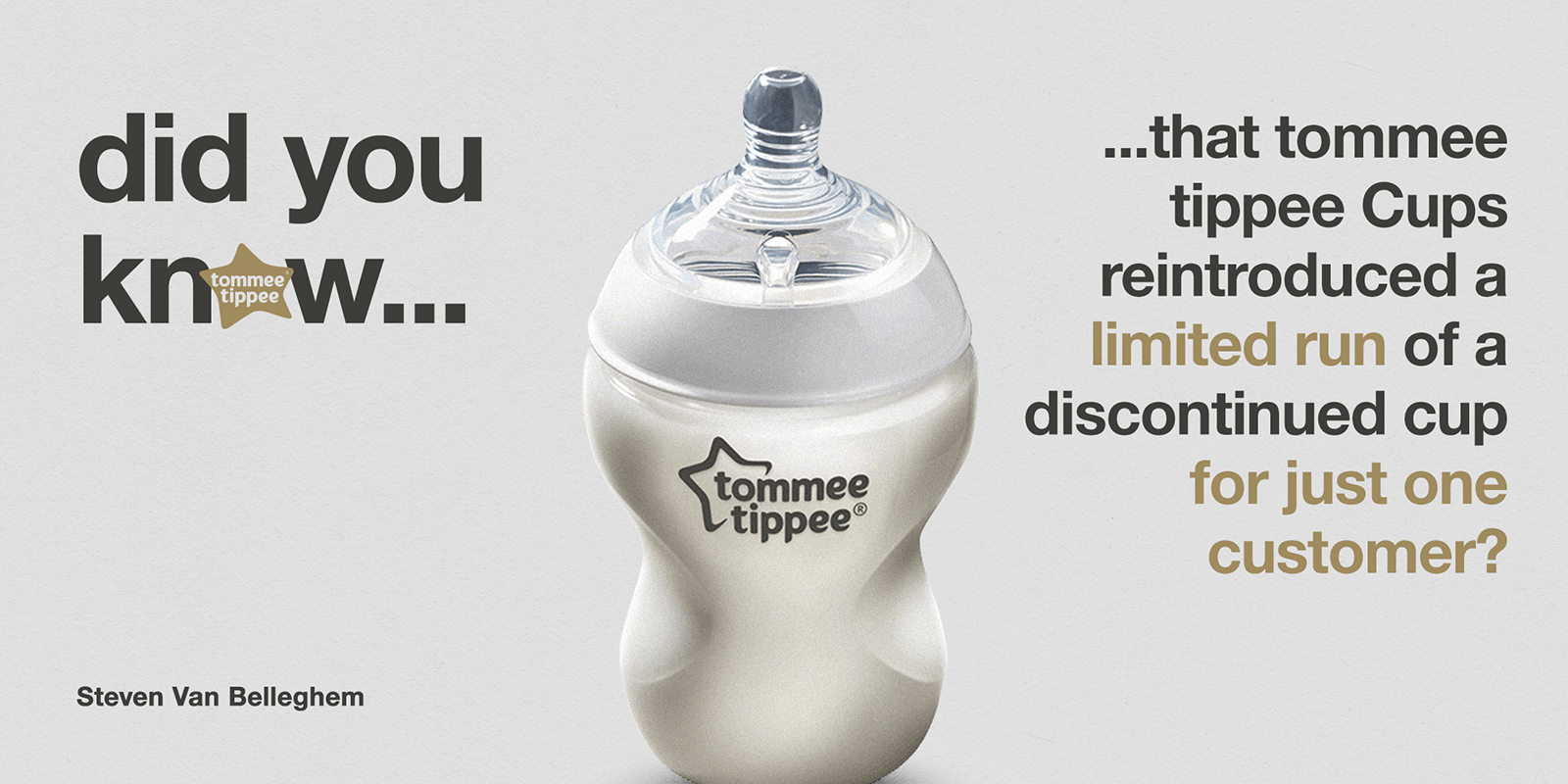 Walmart uses VR to train employees on how to use and manage customer pickup towers. Prior to VR, pick up tower training took upwards of 8 hours and consisted of eLearning, hands-on training with onsite coaches and launch kits. With VR, pickup tower training time was reduced to approximately 15 minutes and eliminated the need for coaches to travel to store sites. 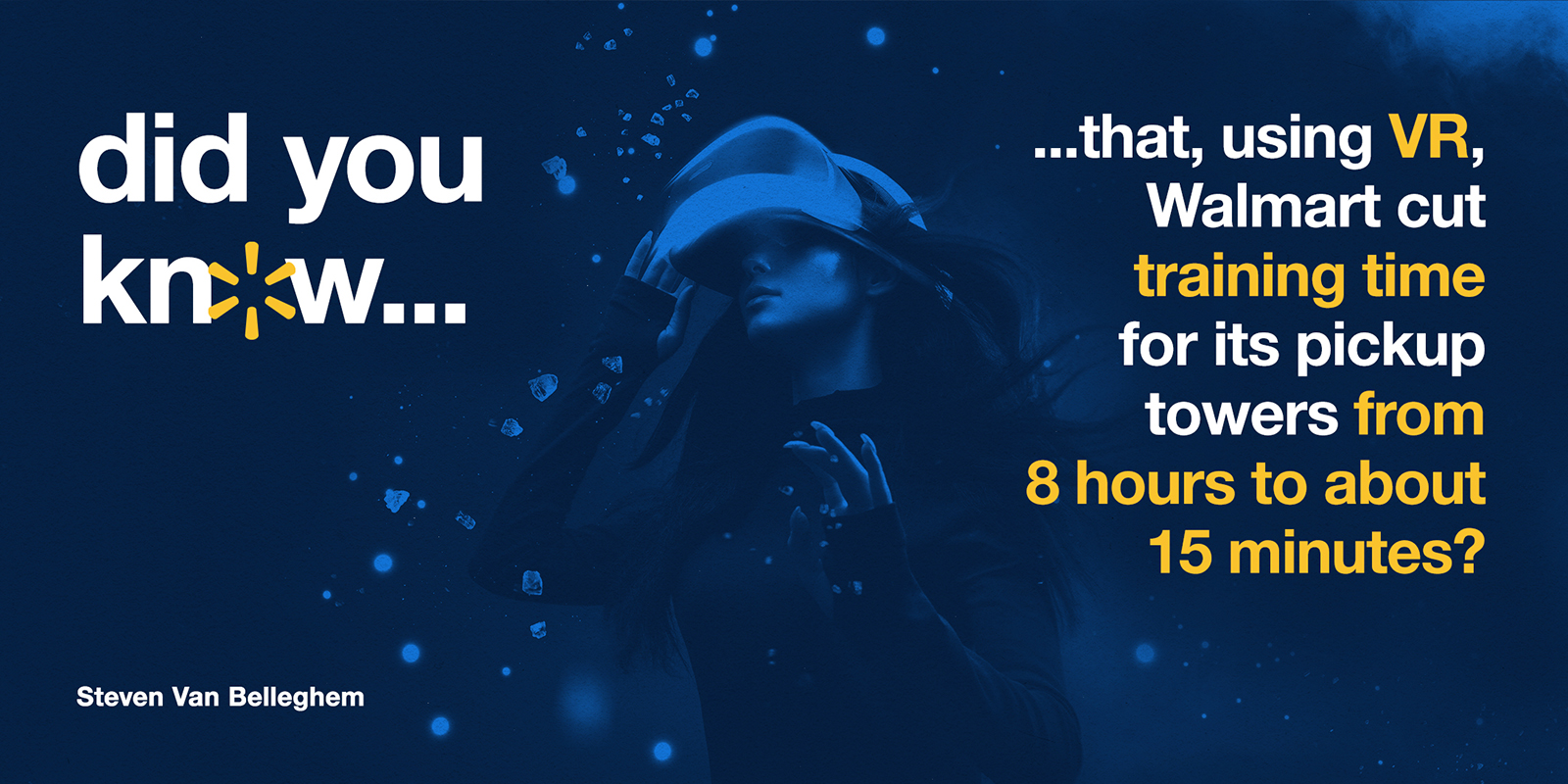 In most resorts, trash cans are simple and non-descript. But at Disney parks, they are colorful and plentiful. Trash cans are placed within 30 feet of each other based on research that people will only walk 30 feet to throw something away. Disney also recently added sensors to some of its trash cans and bathrooms to monitor their use and alert custodians when they need to be cleaned. An underground network of pipes connects many of the trashcans to empty them around every 20 minutes. It’s a simple concept, but the dedication to trash highlights a larger principle: care about every detail and remove things that will hurt the experience. Seeing trash might not change how a customer views Disney, but a clean park and the attention to detail can make all the difference. 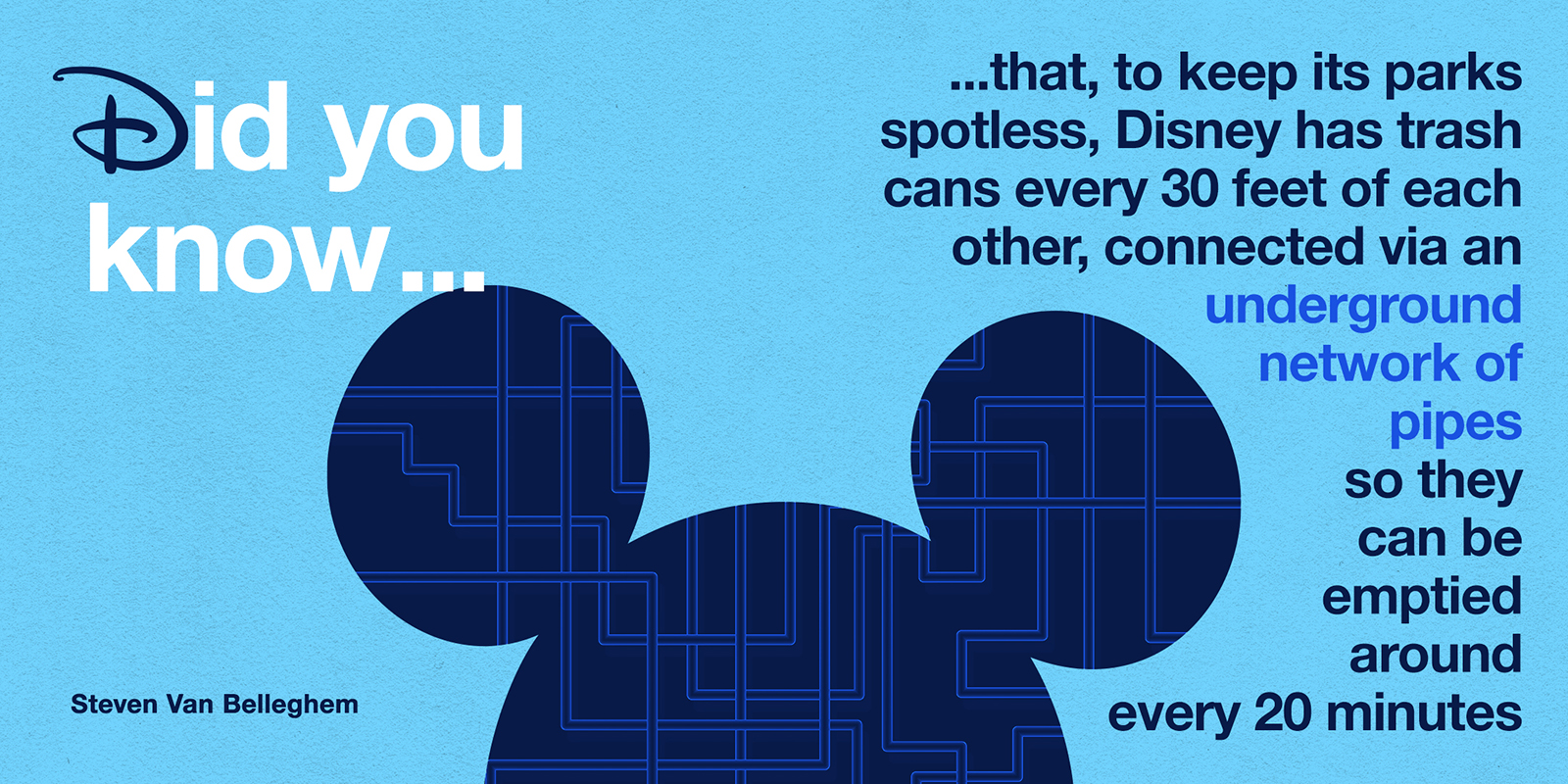 Two employees at an Ohio Dunking Donuts noticed that one of their regulars hadn’t shown up for a while. He even missed his birthday – and the cake they had planned to give him. They went to his house to check on him, and discovered that he had fallen days earlier and couldn’t get up. They helped him to a hospital, where he recovered. 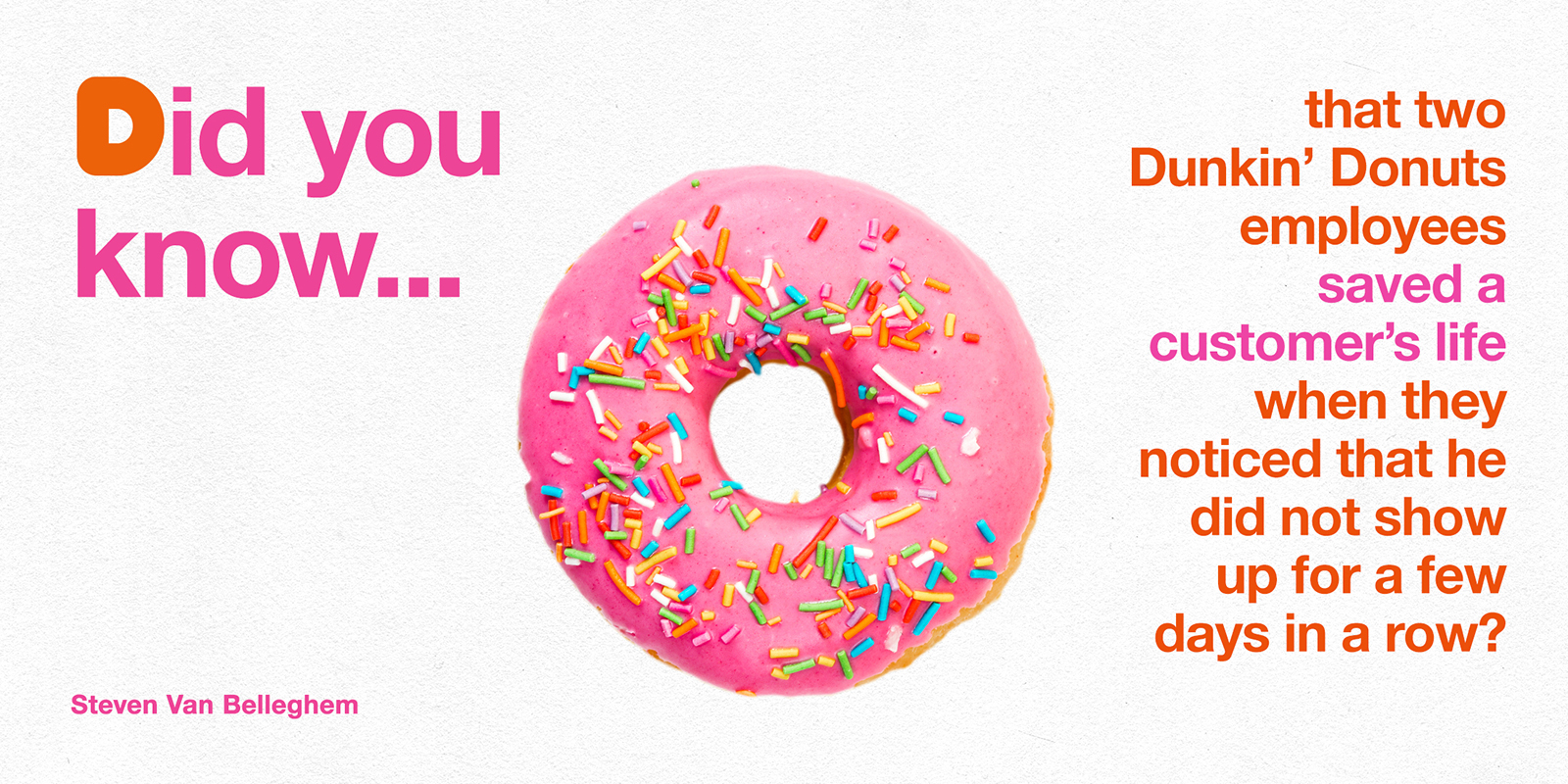