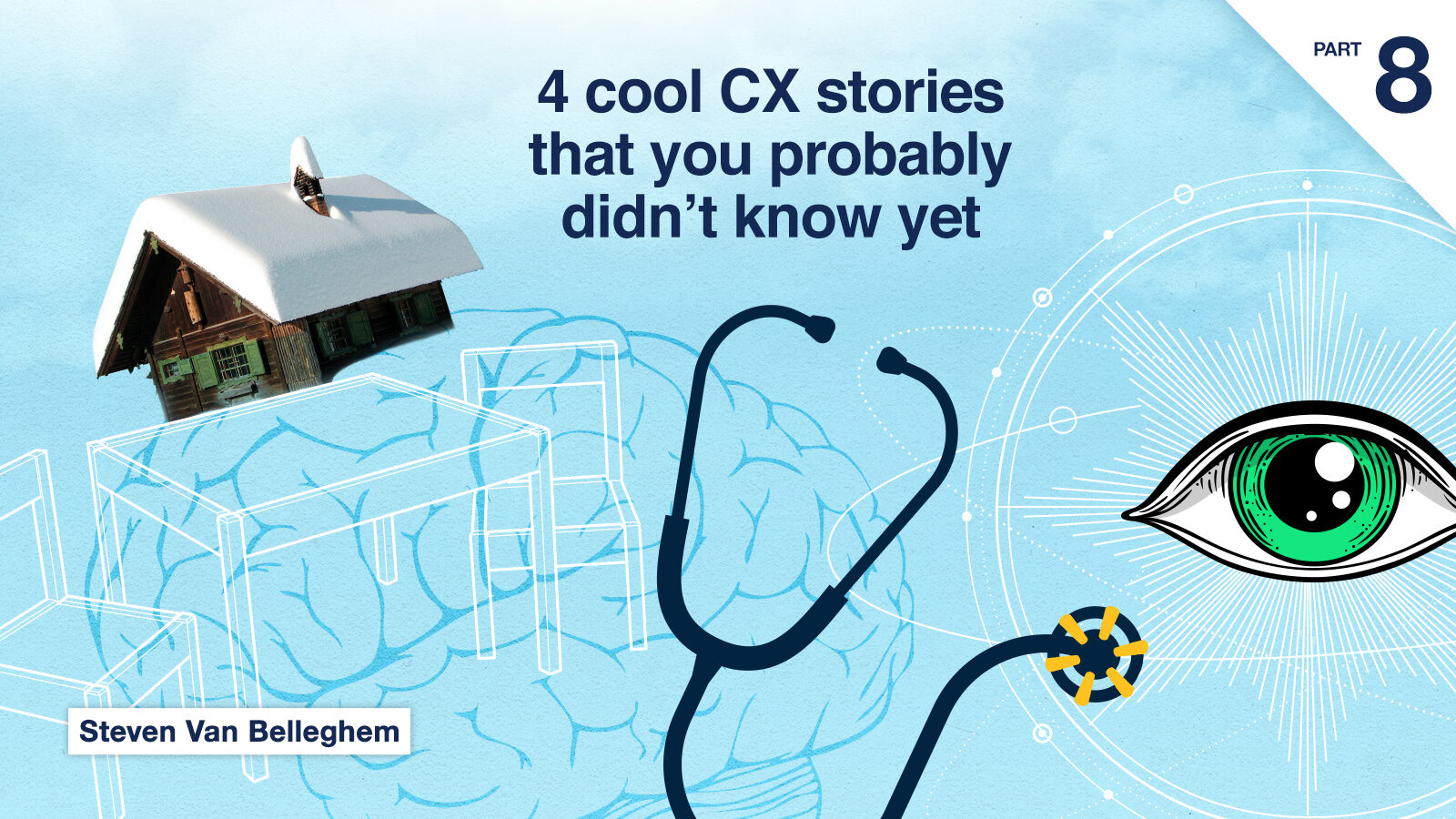 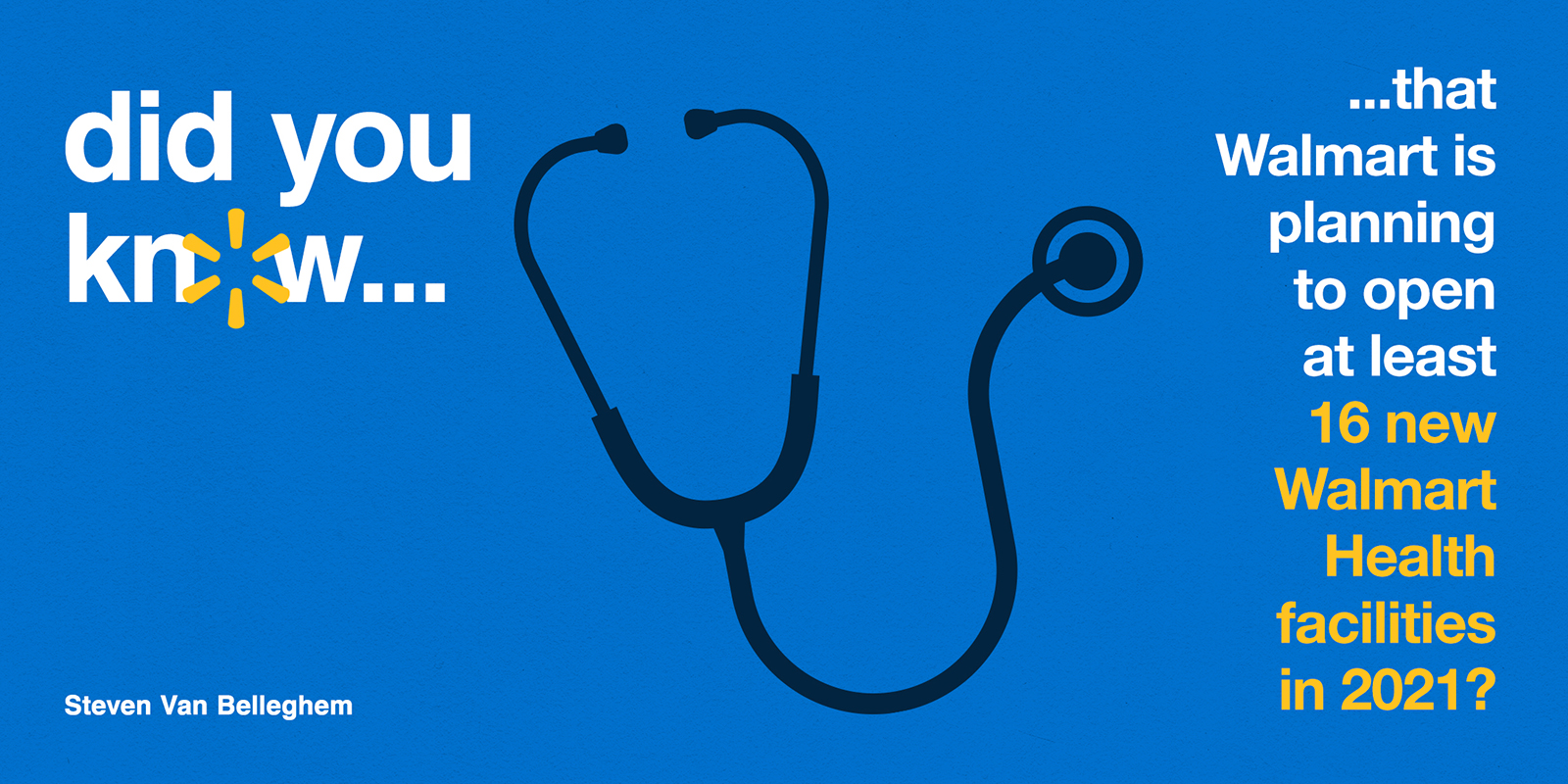 Walmart recognized a clear need for convenient, quality, affordable healthcare and the succes of its 6 existing facilities lead it to further expand its highly relevant ‘Partner in Health’ strategy. 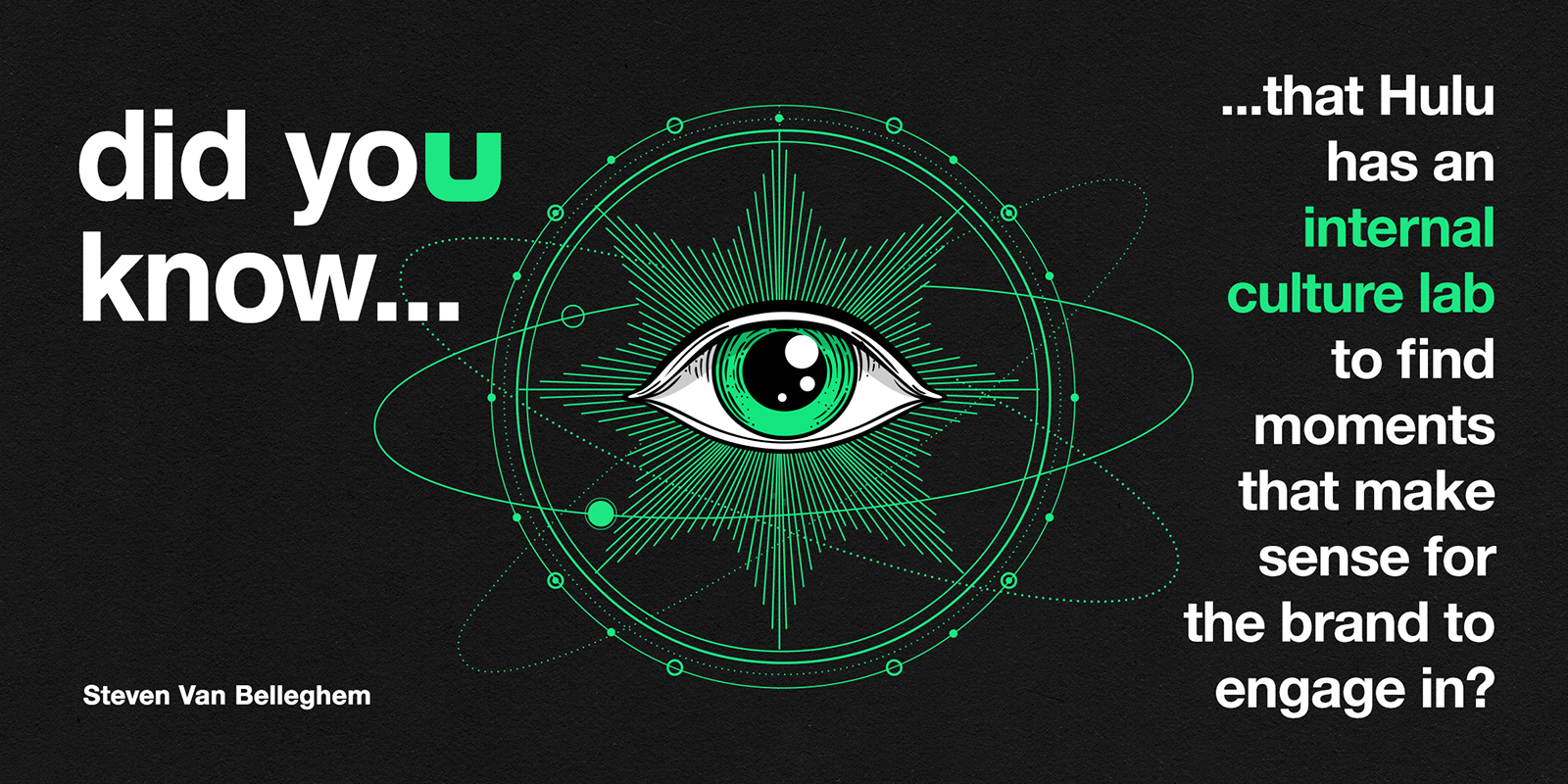 Hulu engages with customers by staying relevant in the current climate. Its internal culture lab aims to find moments that make sense for the brand to engage in. The culture lab tracks buzz around pop culture and other societal issues and ties them into content and marketing, creating a relatable and current experience for all viewers. 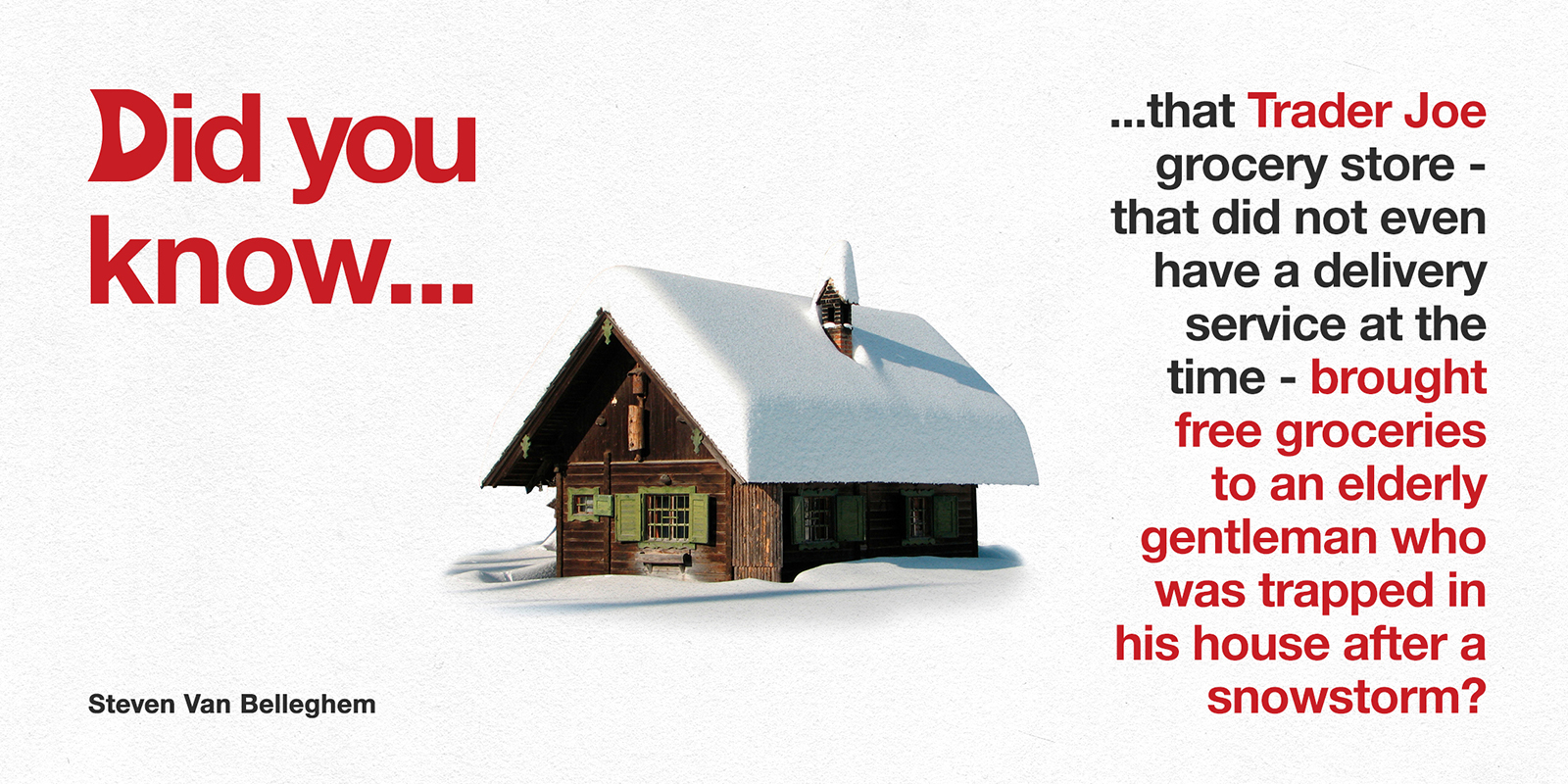 A woman was afraid her 89-year-old father would run out of food after a snowstorm which left him trapped in his house. She called a number of grocery stores in the area hoping to arrange a delivery to her father’s home, but she came up empty . . . until she called Trader Joe’s. The Trader Joe’s employee told her the store usually doesn’t deliver. But in this case, they were happy to make an exception. As the daughter placed her order, the employee suggested additional items that would fit her father’s restricted diet. Once the order was complete, the employee said the food was on the house, and the free groceries arrived at their destination less than 30 minutes later. 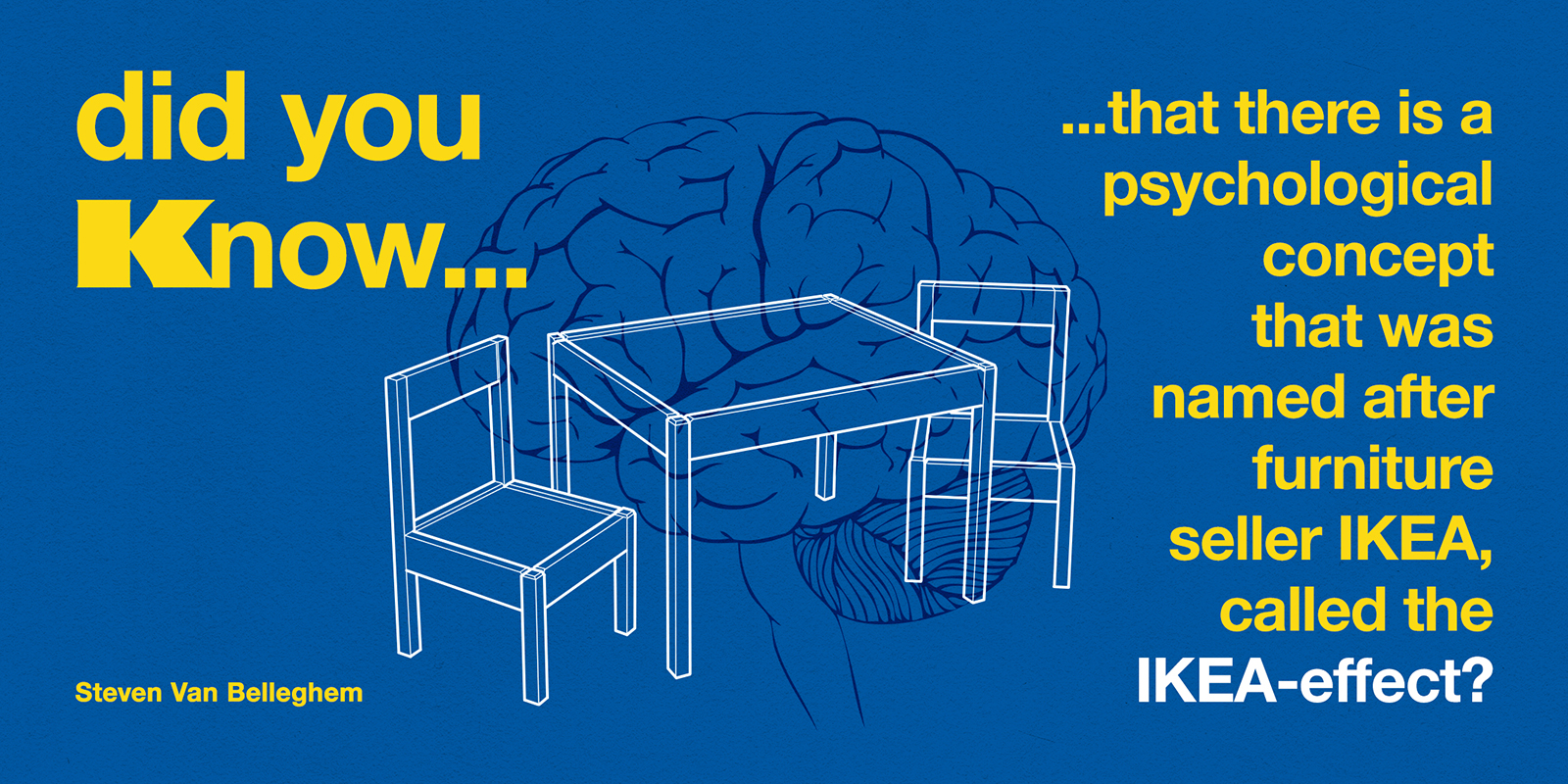 The IKEA-effect refers to the behavioural dynamic where an individual feels more attached to an object that they have built with their own hands. So the IKEA packages are not just about efficiency, they are also about commitment and pride which plays a role in making them so popular. But IKEA wouldn’t be the CX king they were if they also didn’t offer an assembly service for people who are driven insane if they need to puzzel together the right pieces of furniture.