Leadership and creativity to win the fight between man and machine 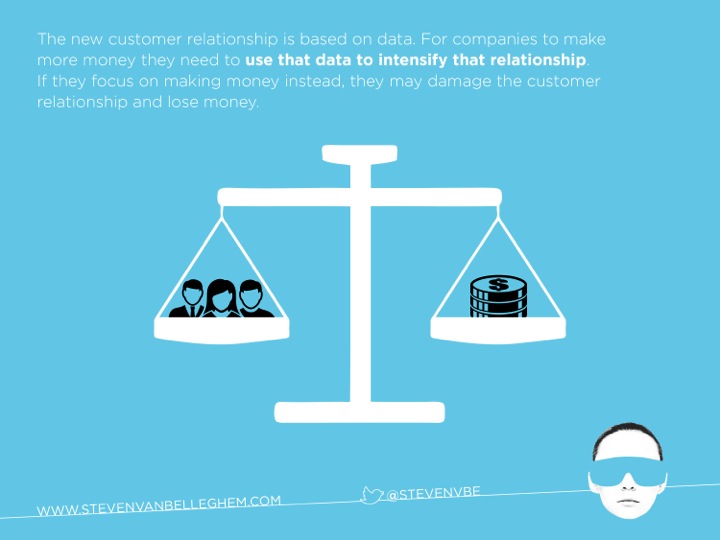 In the next decade, machines will increasingly replace the human workforce. Since Jef Bezos shared his ideas on drone delivery for Amazon packages, the whole idea of robots stealing our jobs has become a very hot item.

Watching this latest video of robots running an entire factory, it may look cool but it’s also really frightening for lower-skilled workers.

Race against the machine

A few weeks ago, I read the book â€˜Race against the machine’. The authors are two MIT researchers who are pretty worried that robots will replace our human workforce in the near future. Such a change could cause a bigger economic crisis than the financial one. If we start losing jobs to robots, companies are no longer creating value for society but only for themselves.

Until now man has provided added value for machines

Looking at recent history, it’s clear that people have always added value to machine work. Even in the world of big data, people add value to data analysis. Even though data quality increased over time, the degree of value added through people’s insights remained the same. Still, perhaps we should wonder what the next step will be. One of today’s buzz words is â€˜deep learning’. This is a new phase in the usage of data where computers will acquire the capacity to perform intellectual work as well. One of the first industries that may suffer the consequences is accountancy. In the not too distant future, basic accounting duties will be performed by a computer capable of collecting the right data for a file and piecing everything together. The final interpretation will still require an actual person but the prep work can be outsourced to a computer.

Leadership and creativity will always be human

I guess it’s a foregone conclusion that machines will take over more and more human jobs. We are facing one of the downsides of digitization: jobs will be lost, perhaps even entire industries. A section of the population will have difficulty finding a job when digitization makes a major impact on their market or job criteria.

There are, however, a number of human factors that will be very hard to replace by a machine. Leadership and creativity are probably two human traits a machine will never be able to copy. More and more, leadership is moving away from management as such towards managing the â€˜why’ of an organization. Creativity creates a bond between people. Considering the changes that are at hand, every individual should think about their skills in terms of leadership and creativity. Those who lose sight of these two aspects will likely face tough times in the future.

If you are a student, you’d do well to acquire the skills to create and manage machines or train for a career in the creativity industry.