Some companies sell directly to end users. Others sell to end users via intermediaries. But whichever of these models your company uses, it is crucial never to lose your focus on the end customer. New trends, changes in demand, variations in behaviour: they all begin with the end customer. 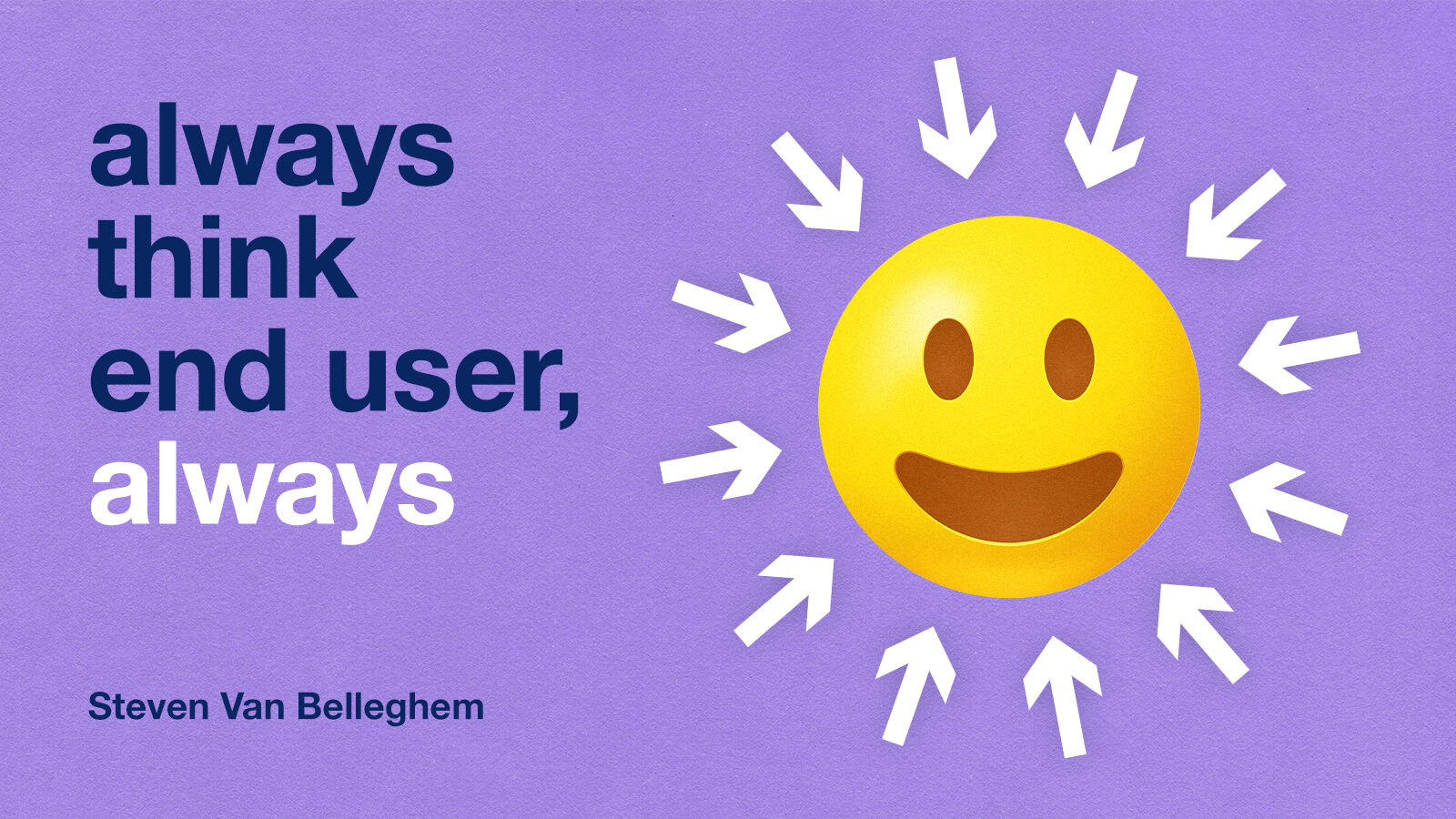 So the message is simple: always base your strategy on this end customer. If you gear your strategy too much to the role of the intermediaries, there is a good chance that you will one day wake up to find the market completely changed. Maintaining contact with and having a good understanding of your end customers will allow you to make necessary adjustments in good time.

For this reason, more and more companies are opting to sell direct to customers, even in sectors where the use of intermediaries has been common until now. For example, the manufacturers of consumption goods traditionally sell their products via retailers. They advertise directly to their customers, but the sale occurs through retail.

Nike decided a while ago to break the intermediate chain and focus fully on direct sale. This is also the case with Lumi (Pampers), where a major consumer goods manufacturer now invests heavily in the development of a direct relationship with its end users.

In the summer of 2020, Unilever looks set to follow this trend with its ice-cream brands Magnum and Ben & Jerry’s. In many major cities throughout the world, both brands will use large street freezers to sell directly to customers ‘on demand’. And no matter where you are in the city, your ice-cream can be brought to you, thanks to collaboration with Uber East or Deliveroo. In this way, the classic retail or ‘out-of-home’ distribution channel can be (temporarily) bypassed. Unilever now wants to serve its end customers directly.

More and more B2B companies are starting to determine their strategy based on a closer end customer relationship. Some months ago, we bought a new central heating boiler for our house. It was a ‘smart’ boiler by Viessmann, which was installed by an excellent local professional.

After the installation, we downloaded the Viessmann app, which linked the boiler to the internet. In this way, the manufacturer can follow in detail everything that happens to its boiler in the home of the end user; in this case, the Van Belleghem family! They can monitor when routine maintenance is necessary and, consequently, contact us proactively to arrange it.

The introduction of sensors into products offers manufacturers ever greater opportunities to collect information about their end customers. In the past, this kind of information was often difficult to obtain in the B2B market. It was the intermediary who knew most about customer feedback and use, which made the manufacturers highly dependent on these intermediaries.

Sensors, data and social media have changed all that. Today, establishing a relationship with the end customer in B2B is much more feasible. Moreover, the knowledge that the manufacturer will receive about his customers will be more objective and will be in real time, in a way that human intermediaries can never hope to match

Disney built up an empire based on cartoon figures. Who doesn’t know Mickey, Minnie, Pluto, Donald, Buzz Lightyear, Anna and Elsa? My favourite Walt Disney quote? ‘It all started with a mouse!’

The films were distributed by cinemas, supported by a large-scale merchandising programme. Later, a number of theme parks were developed, followed by spectacular Broadway shows. In short, the Disney empire is a machine. The company possesses a priceless library of content and related intellectual property rights for all its many iconic characters. The only thing it was lacking until recently was a channel to bring all that content directly to the end users. For distribution, it was still dependent on cinemas, streaming services and television channels. But not anymore.

In August 2017, it became clear that Disney had a new plan. It announced that it was planning to end its collaboration with Netflix: within a matter of months, Netflix would be denied further right of access to Disney content. The market was in no doubt as to what this meant: Disney intended to start its own streaming service.

In March 2019, Disney completed its takeover of 21st Century Fox, for more than 70 billion dollars. This instantly gave Disney the largest content library in the world.

On 12 November 2019, the inevitable finally happened. Disney+, the company’s own independent streaming service, was launched. For a fixed monthly fee, customers gain access to the entire content library of the Disney group. This is more than just Mickey Mouse and friends. It means Disney, Pixar, Star Wars, Marvel and numerous other items of world-famous content.

By February 2020, Disney+ already had 28 million customers. The outbreak of the corona crisis led to further spectacular growth. By the start of June, the number of subscribers had risen to 60 million. I know of very few other product launches that have attracted 60 million customers in just eight months time. To call it a huge success is an understatement.

For Disney, Disney+ was the missing link in the chain that led directly to the end consumer of its content. In its theme parks and on its cruise ships, Disney has been able for years to shape the entire customer experience. Now it can do the same in people’s homes, thanks to its new direct link with its content customers.

Now they are going one step further. The release of Mulan has been postponed several times because of COVID-19. So Disney decided to offer Mulan directly to their Disney+ clients. Clients have to pay 30 Euro to get access to the new film. Imagine that this becomes a big success. This could potentially change the movie industry forever as the traditional chain: movie set – movie theatre – home theatre changes in movie set- home theatre. At the end of the day, there is only one important focus in your strategy: the end customer. 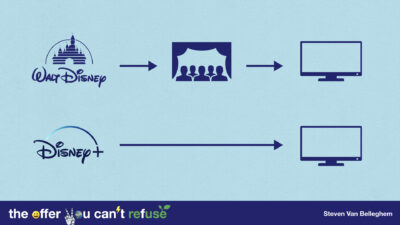