How your company can become an unstoppable force: three learnings from my inspiration trip to China

I absolutely love visiting China. It feels a lot like time travelling into the far future, entering a world of possibilities and fresh inspiration. And each time I go there, I can’t help thinking that this is only the beginning: China is clearly investing all of its energy into becoming this awe-inspiring unstoppable force. True, a lot of this power comes from its strength in numbers, of which we can only dream in Europe, let alone in Belgium. Shenzhen; for instance, breeds 5000 startups per day. 5000! So, no, we cannot possibly compete with China in that respect. But there are many ‘tricks’ that organizations from here can learn from China (and should learn, if they will ever want to compete with the Alibabas, Haiers, DJIs, TicTocs, Lenovos and Ctrips of this world). And that’s want I want to write about today.

Three strategies to become an unstoppable force of innovation! 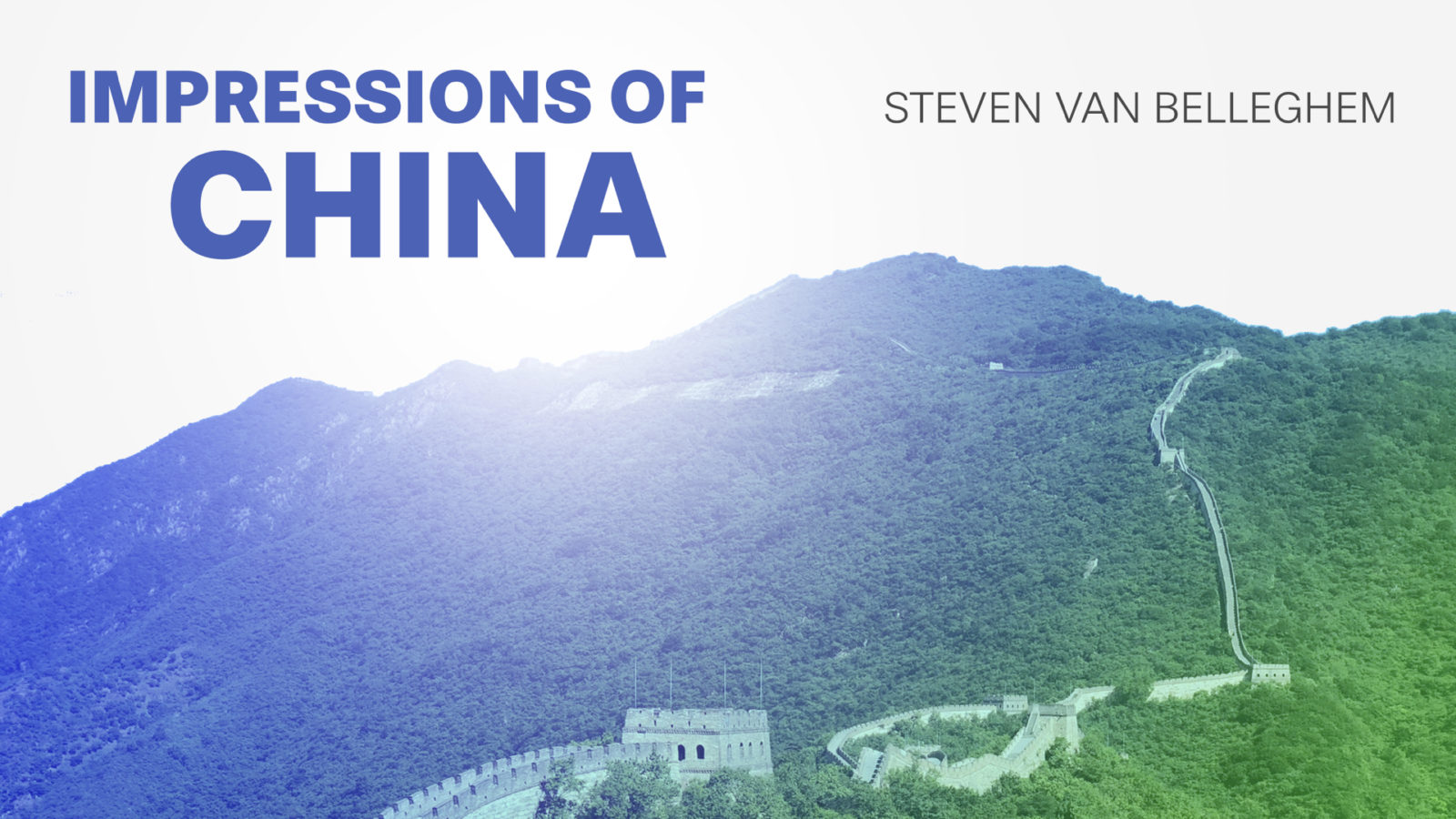 1. Choose your tech wisely (to change the world)

About every company I visited during nexxworks’ China innovation tour at the beginning of May, talked about general purpose technology: the kind of tech that has the potential to change the world and will push everything to an unimaginable level. For the moment these are artificial intelligence (AI), supercomputing power, robotics and 5G and China has the ambition to become world leader in all 4 of them.

And they are doing a very good job in the matter. In terms of artificial intelligence and quantum computing (a very experimental form of computing which – once it gets out of its current trial and error phase – will explode the available super computing power in an exponential manner), it’s pretty much a neck-and-neck race between China and the US for the moment, each with quite a different approach on the way to the top. China may be slightly behind the US in terms of the advanced nature of robotics but they make up for that with the price and accessibility of their products. Great examples are the very affordable (educational) toy robots of UBtech which have sold millions all over the world. When it comes to 5G, China is the absolute ruler thanks to Huawei. Everyone else in the world runs about at least 2 years behind. People tend to underestimate the impact of 5G, but it has what is called “compounding returns”: the more applications, the more a system can learn and the better the network is optimized. And the more the network is optimized for speed – the better all the other AI, robotics and supercomputing power – will work and grow: cashierless stores, driverless cars, facial recognition etc. It’s fascinating to experience China’s ambitious and government-driven determination to become the absolute leader in general purpose technology, especially in comparison to Europe’s almost technology-averse direction. It’s definitely time to step it up a notch, over here.

Now, market-changing technology is obviously ‘just’ the foundation of building an unstoppable force. The other thing you need is speed. Doesn’t matter how smart or innovative your ideas or technology are, if you’re too slow entering the market, others will beat you to it. The Chinese are really the absolute kings of speed and they use two proven methods to accelerate their innovation: holistic “full chain” thinking (1) and prediction (2).

In the west we tend to think in nodes, and even favour the ones that are most valuable. In China, everyone knows that you need the whole system, up until the (seemingly) insignificant nodes, especially if you want to move fast. China’s (not so) secret ingredient is for instance that they are just as strong in hardware as they are in software. The US is a lot more software-driven and therefore a lot more dependant on others if they want to build and experiment with new products: which means that the transition from idea into product often takes a longer time. Not so in China. To give a small scale but very radical example: in Shenzhen, we visited Hax, the venture capital-based program dedicated to accelerating startups with a hardware element. True, Hax is present in Silicon Valley as well, but the nearby presence (literally a lift ride down in their building) of the electronics market in Shenzhen takes the development speed up a whole notch: in literally a few hours they can construct something that would take weeks in other parts of the world. We’ll never be able to match that Chinese speed of innovation if we don’t have (affordable) access to the entire innovation chain, right up until the production like they do.

Another example of this typical Chinese form of holistic thinking, is the ecosystems approach. Just like they want to have access to the entire chain, from idea to production, they also partner up like crazy with the other nodes of the ecosystem that are complementary to them. Group discount website Meituan Dianping is a perfect example of that: they know that they can’t control every part of for instance the retail experience (because the bigger you are, the slower your company will become), but they work together as much as possible with partners to speed for instance the delivery immensely up.

I can’t remember who unfortunately, but someone once told me that the best goalies were not those who had the best technique, or even were the fastest, but those who were able to predict where the ball would land before it did. Just like that, companies don’t actually have to be fast if they know where they will be needed before the consumer calls upon them. Even though prediction results in speed from the perspective of the customer, it’s actually about data-driven efficiency. That’s why JD is able to offer its customers ‘Lightning delivery’: within a few minutes rather than within the usual 30 minutes of premium delivery. This type of “speed” is only possible if you know what consumers want before they do.

This might be one of the things I love most about the Chinese innovators: their pragmatic way of thinking. Take for instance self-driving cars. We all know that the technology has already evolved far beyond its surrounding context, like legislation, regulation, insurance etc. Now, as self-driving cars are not allowed on the open road, Chinese companies just look for applications that are allowed within this limited context. Like automated shuttles bringing people from the parking to the entrance of a hospital, or a lot of other applications within a closed circuit.

Ling is another great example of that. It’s the type of company that we tend to grossly underestimate. This robot company was founded by some top executives at Baidu. They started out producing and selling about 10 different robots, among which one that drove around in stores. When their reading robot Luka proved to be the most successful, they just decided to focus on that one only. They did not waste any time analysing the market, putting a strategy into a long PPT and then choosing the one specific product that had all the odds going for it. No, they just went tried many things first and then focussed on the one than sold the most. Now, when it comes to robots – as I stated above – the ones in the US tend to be more sophisticated. But Ling is learning a lot about how robots are used in real life, how they ‘behave’, what works and what doesn’t. All the usage and the data it’s gathering, are only helping its robot Luka to become smarter and smarter and better and better. I see Ling becoming one of the greatest and most interesting players in the market.

I’m still letting all the learnings and impressions from our nexxworks China innovation tour sink in (there were so many it tends to be overwhelming), but for me, these 3 pillars above were the most striking ones. And I chose them, because I believe that companies here can definitely experiment with them as well.