During my career as a CX expert, I have met a lot of customers and audience members who truly believe that customer feedback is overrated. You will probably be familiar with the quote that they tend to use to convince others of that fact. It’s of course the one from Henry Ford who once claimed “If I had asked people what they wanted, they would have said faster horses”.

The underlying idea here is that customers had no idea that Ford could create technology that would emulate the transportation abilities of a horse, let alone surpass them. Ford was the specialist, and he knew better. Therefore, many people believe that listening to feedback is pretty superfluous.

But I believe that they are just looking at feedback the wrong way. 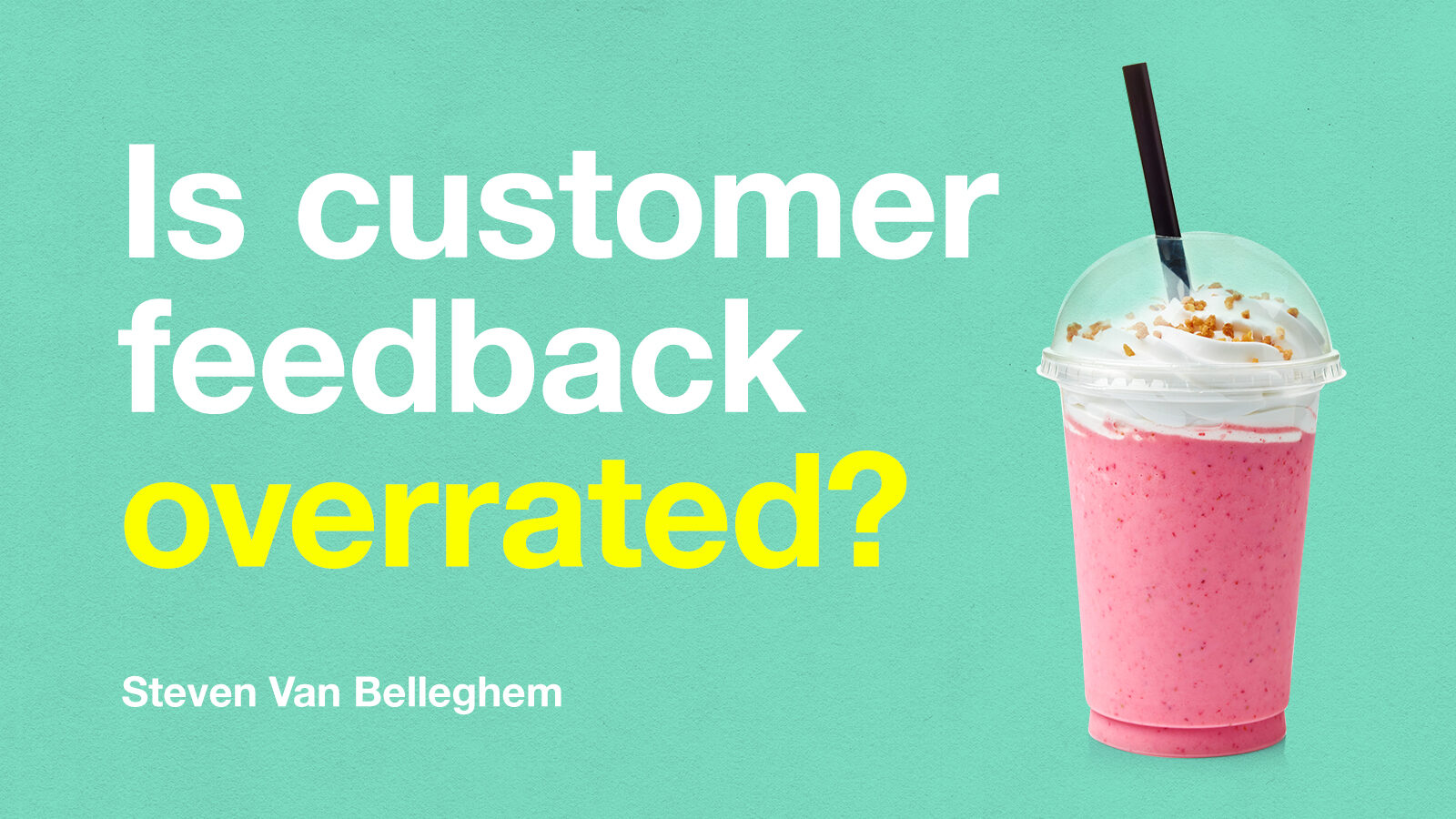 Feedback is not something that you need to take literally. The real challenge with customer feedback is to understand what people really want. To grasp what brings value to them. Customer feedback is not about micro-managing all the small details that they offer you. Yes, there may be some good suggestions in there. And, yes, in that case, it’s really smart to see how you could turn these into adaptations, new functionalities or even new products and services.

But you also need to understand that humans are complex beings. We are often strangely incompetent at voicing what we really want or need. Because we often don’t exactly know what drives us. Duncan Wardle brilliantly explained this in our conversation, when he was trying to illustrate the importance of the “multiple why” approach (like curious children who keep asking why) and why data often only goes one or two “whys” deep and therefore can deliver faulty insights.

“If you run a survey asking people “why do you go to Disney on holiday?”, most people might tick the box “I go for the new rides and new attractions”. So you could decide to spend $240 million on a capital investment strategy. But if you ‘act like a child’ and keep digging deeper with multiple whys, you might get an answer like “It reminds me of the times I used to go with my mom and now I take my daughter too”. And so you would uncover something that has nothing to do with capital investment strategy whatsoever and everything to do with a communication campaign focussed on nostalgia. Especially in these times where AI will strip away between 20 and 30% of the jobs in the Western world, it’s crucial that we keep our childlike curiosity and creativity, which is something that the machines won’t be able to do in a very long time.”

What’s the job to be done?

So in the case of Henry Ford’s example, people did not actually want faster horses. They just wanted to move faster from A to B. That was their need. It is not their job to come up with a solution to that need. That is your job. It is up to you to figure out a way how you can deliver that value. So it is my firm opinion that you absolutely need customer feedback. But you probably also need to get better at translating that hidden need and evolving into the right direction.

Clayton Christensen (famous for his theory about disruptive innovation) called this hidden need “the job to be done”. He believed that marketers needed to understand what “the job” was that a person was “hiring” a product to do. Simply put: they need to know the “why” behind the “what”. And he brilliantly illustrated his point with “the job” of a milkshake:

So, it’s really time to discard that myth that asking people what they want means that you have to execute everything that they say. It’s about prioritizing and about understanding what the hidden need, the ‘job to be done’, is. And you can only do that by asking a lot of questions.