The six technological waves that will shape the customer relationship of the future.

The world is continually evolving. And the level of innovation has increased dramatically since the start of the 20th century. Niall Ferguson, who according to Time magazine is one of the 100 most influential people in the world, is convinced that the speed of innovation is linked to the total number of people living on the planet. If you place the curves mapping the evolution of innovation and the evolution of the world's population alongside each other, you will see that they display clear similarities. The more people there are, the more innovation we generate. In recent decades we have already experienced the sheer speed of the innovation revolution. The introduction of the internet, smartphones and tablets have all dramatically changed our world. In the future this process is certain to intensify to a degree we have never experienced before. The next five years will undoubtedly be the most spectacular in the long history of technological evolution. For the first time, we will see different essential waves of technological innovation occurring concurrently. These technological developments have the potential to completely transform the relationship between consumers and the companies.

The evolution of mobile technology has already come a long way, but is by no means finished. 2015 will be the first year in which more tablets than personal computers are bought. Nearly everyone has at least one item of mobile technology, but the possibilities for the use of different kinds of mobile technologies will increase exponentially in the years ahead. This will mean, amongst other things, faster processing speeds, smarter apps and wearable devices (such as the smartwatch). This will help to create a real-time consumer, with a focus on product purchase, health and shared experiences. 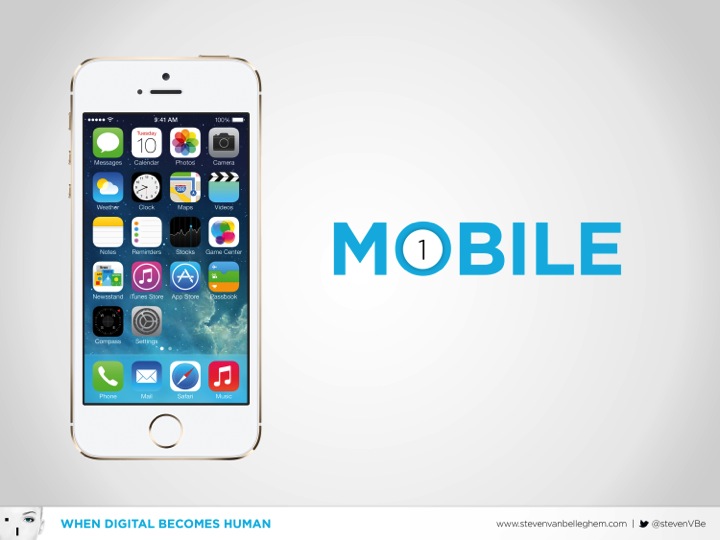 The IT domain is also undergoing major changes. Companies are moving more and more to towards anchoring their operations in a Cloud environment. The Cloud is a metaphor. In essence, it means that software will no longer be stored on the computers of companies or private individuals, but on the Internet. In terms of customer service, this will lead to more improved and more real-time data. This will allow companies to respond to the needs of customers more quickly and more efficiently. Cloud also makes it easier to share the same information over different appliances. In 2013, the value of the Cloud software market was estimated at 58 billion dollars. By 2020 Forrester expects this value to have increased to 191 billion dollars.

Wave 3: The Internet of Everything

Another related evolution is the so-called ‘Internet of Everything’. By 2020, the world will be full of ‘connected’ technology. Many everyday products will be linked directly to the internet via sensors. This, for example, is how the smart toothbrush by Philips already works. After you have cleaned your teeth, the brush immediately gives you a score to show how effectively (or not) you have done it. If you have a cavity, your toothbrush will tell you. And before you know it your toothbrush will also be capable of making you an appointment with your dentist.

This is another area where the pace of technological evolution will increase dramatically in the years ahead. In the past, the use of robots was largely confined to production processes in large factories. But it is already possible to see the introduction of similar technologies in many average homes. The number of robomows – self-operating lawn mowers – is increasing each week. In the future robot applications will also be used in the fields of health care, home deliveries and domestic security.

The use of 3D printers is also on the increase. By 2020 a high-quality 3D printer will be available at a price affordable by most average families. The technology still needs to be further improved (particularly in terms of printing time) but progress is being made at lightning speed. 3D printing will allow every consumer to set up his own mini-factory. This evolution will break down the thresholds for almost every industry. According to McKinsey, the 3D printing market will be worth 550 billion dollars by 2020.

This is the final but by no means the least of the rapid technological developments we can expect in the next decade. The chess computers that were capable of beating grandmasters were among the first examples of this ‘Artificial Intelligence’ (AI). It is now as long ago as 1997 that the Deep Blue computer got the better of world champion Gary Kasparov. Artificial Intelligence relates to computers that are as clever as or even cleverer than the human brain. If this evolution continues, we will soon be talking to computer-directed call centre operatives, while we are convinced that we are still talking to a real human being. 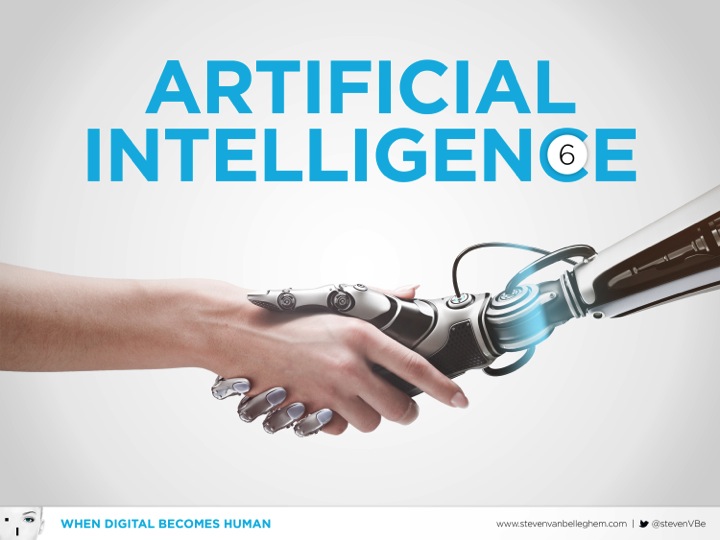 The digital interface leads the dance

The customers have decided. A fast and convenient digital customer relationship is part of their current expectations. During the past 20 years, the internet has become an integral part of our everyday life. Social media have made consumers vocal and articulate. Thanks to these new media, the world has become more transparent. Since the introduction of the iPhone this world has been even more radically transformed. From 2007 onwards, we have been able to enjoy the pleasure of being continually online. Various apps have made our lives more interesting, more efficient, more communicative and more pleasant. We have experienced – and continue to experience – the impact of structural digitalization, whilst at the same time recognizing that it is still in its infancy.

It is impossible for anyone today to envisage how the world will look in five years time. But one thing is certain: more will change during the next five years than has changed in the past five years. During the next five years we will be confronted almost weekly with new and relevant innovations that can make a real difference to our lives. We are fast approaching the point when it will no longer be possible for the intellectual capacity of the average man to follow the speed of change.

The digital customer interface will continue to increase in importance. In this context, digital goes much further than simply ‘online’. In fact, the digital customer relationship will largely manifest itself in the offline world. The way in which consumers search for information while they are shopping, the way in which they make their purchases, the way in which they are recognized when they enter a store: all these things will become more completely digitalized. A digital interface will become the basis of the modern customer relationship; partly because this is what the consumer wants, partly because it strengthens the impact of the companies.

The major online players are already moving at high speed into the offline world. Amazon has launched a telephone. Google is already making a car and buying up smart thermostats. eBay has bought PayPal and wishes to transform the world of offline purchasing and paying. By contrast, most of the players in the offline world have been too hesitant in pushing through their digital transformation. According to MIT, 63% of senior executives regard the pace of change in their own organizations as being too slow.[1] In the customer relationship of the future, the digital interface will be central – both in the online and offline world. 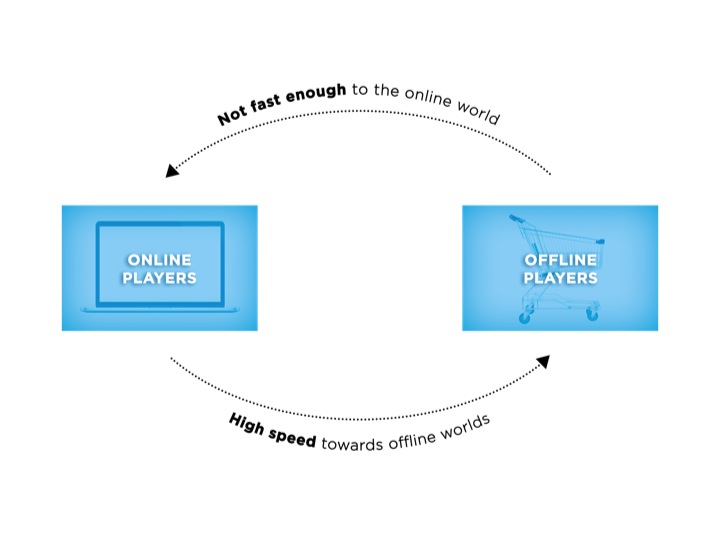