What quantum computing could mean for customer experience

Quantum computing promises to completely change our world. Though it still resides in quite an experimental phase, many experts claim that it will mature and become ubiquitous in the coming 3 to 5 years. So it’s essential for companies to familiarize themselves with what it can do, and what it will mean for how we interact with our customers.

That is why I decided to answer the 6 most common questions about quantum computing, as well as tackle what it could mean for customer experience. 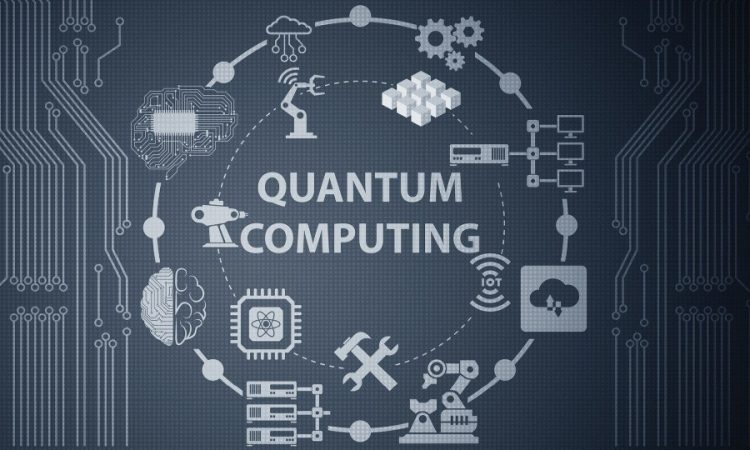 What exactly is quantum computing?

A quantum computer is not just an exponentially faster computer, it’s an entirely different way of computing. Which means that it cannot – not yet, anyway – be applied to solve any type of computing problem. I’ll get into that below.

But how does it work? In classical computing, a bit is a single piece of information that can exist in two states: one or zero. Quantum computing, on the other hand, uses quantum bits, or ‘qubits’ which can have two states. This means that they can store much more information than just 1 or 0. One of the clearest analogies I came across explaining the difference between a bit and a qubit, was that in Mercedes Cardona’s article: “Think of a qubit as a spinning coin and a binary bit as a coin toss: While the toss can either be heads or tails, the quantum principle of superimposition lets a spinning coin be a measure of both.”

What is quantum supremacy?

Quantum supremacy is the moment in time when a quantum computer finally does something that a traditional, binary, classical, computer cannot: because it does so a lot faster or by solving a problem that a classical computer isn’t capable of. Google recently claimed that it had achieved this type of supremacy, but this fact was refuted by some: in particular IBM which is also intensively investing in quantum computing. Whichever the case, Google claimed it was able to accomplish in three minutes using a quantum computer what the world’s fastest computer would take 10,000 years to do.

What are quantum computers bad at?

Typical office work is not going to be improved by quantum computers. They aren’t really useful for the average accountant or marketeer. That’s because quantum computers are not very good at what is commonly known as the three Rs (if you pronounce it reading, ‘riting and ‘rithmetic, that is): reading, writing and arithmetic. They don’t like to read big databases, they can’t give you very big complicated readouts, and they don’t do regular arithmetic as well as a regular old classical computer. That is also why quantum computing necessitates very different types of algorithms and is – for now – a bad match with for instance machine learning.

What can quantum computing do and who is using it?

Quantum computers are fantastic at solving optimisation problems. It will for instance allow companies like FedEx and DHL, through data input from live monitoring sensors, to constantly optimize routes and cargo space, possibly resulting in a 600% profit increase over current operational standards or a significant price reduction towards clients.

Quantum computing is, in other words, perfect for streamlining processes and helping to make the customer experience flawless. No surprise that at CES 2020, Delta Air Lines announced it would be collaborating with IBM to explore how quantum computing could transform experiences for customers and employees. Automakers including BMW and Volkswagen in their turn are experimenting with quantum technology for everything from self-driving cars to traffic control systems that can predict flows and ease congestion. Aircraft manufacturers Airbus and Boeing are studying ways to apply it to designing planes that can fly faster and more efficiently.

As you know, I’ve been talking a lot about the three paths that brands will need to take if they want to keep themselves relevant in the coming year: saving time by offering ultraconvenience (the point above), becoming a partner in the life of customers and helping save world problems (the point below). This part has to do with becoming a partner in the lives of customers by keeping them for instance healthy. Quantum computing has great potential for healthcare. It normally takes decades of research and millions of dollars to discover one drug. One article compared this to going down every different path in a maze. But a quantum computer can solve a maze by running all the possible paths simultaneously, which will dramatically speed up developing molecular simulations, the first step in discovering drugs. That’s why pharmaceutical companies like Biogen are experimenting with quantum computing to test drug reactions and possible uses for existing drugs.

Last, but absolutely not least, the molecular models described above could also prove to be immensely useful for saving the world: for instance, in the search for new energy sources and solutions to global climate change. Oil company Exxon Mobil is using quantum computing to look for new energy solutions, like optimizing the power grid. And when it comes to climate change, advances in quantum computing could help us discover new ways of carbon capture that are cheaper and more efficient than current models. Or you could use quantum simulation to change the design of solar cells to make them twice as efficient. Simply put, we have a huge planetary optimisation problem on our hands for which quantum computing holds enormous potential.

What could quantum computing do?

There’s a lot of buzz around what the quantum world could mean for machine learning. Even though, as I mentioned above, we will need a different type of algorithms for that to work. The interdisciplinary field of Quantum artificial intelligence (QAI) is the one that focuses on developing quantum algorithms for AI, including sub-fields like machine learning. However, the concept of quantum-enhanced AI algorithms resides in the conceptual research domain, much like many other parts of quantum computing. Some say that, for instance, customer predictive analytics could take a decade to adapt to quantum at today’s pace of development (though that could change of course).

Are we there yet?

The potential of quantum computing is immense, but it’s safe to say that we’re not quite there yet. Quantum computing still resides in what is called the NISQ era — Noisy, Intermediate-Scale Quantum. In other words: quantum “noise” makes such computers incredibly difficult to stabilize. So, for now, NISQ computers can’t really be trusted to make decisions of major commercial consequence. They’re still mostly used for research and education. The technology just isn’t quite there yet to provide a computational advantage over what could be done with other methods of computation at the moment.

But, as described above, a lot of companies like Biogen, BMW and Boeing are experimenting with the technology so that, when it does catch up, they will be ready for it. I would really advise you to do the same and start by investigating what problems quantum computing could help your company optimize.