Why companies need to strive for a positive sum game. The highlights of my podcast conversation with Herman Toch

For these past few months I’ve been thinking a lot about the next phase of customer expectations. Where, for the past 10 to 15 years, these had been mainly driven by changes in technology, something much bigger is at play today. On top of the obvious necessity of a good product or service, customers want a frictionless experience that helps them save time. And today, they also want brands to become some sort of life partner and to (help) solve world problems. They are fed up with the tradeoff: they don’t want to choose between convenience and privacy or between eating a tasty steak and doing what’s good for the planet. They want it all.

This purpose, this combination of “better for me + better for the world” is what my long-time friend, ‘purposeful business and marketing’ advocate and FLRISH co-founder Herman Toch has already been talking about for almost 10 years now. He has also written a brand-new book (his third) about it, together with his partner Ann Maes: The Positive Sum Game. And where, 10 years ago, companies were not quite ready for his vision, today they really are. And since “Nothing is as powerful as an idea whose time has come” (quoting Herman quoting Victor Hugo), I decided it was time to pick his brain about this evolution in a podcast conversation. What follows here, are the main insights and themes of the interview, but I really advise to listen to our entire exchange. I, for one, loved listening to Herman’s vision. 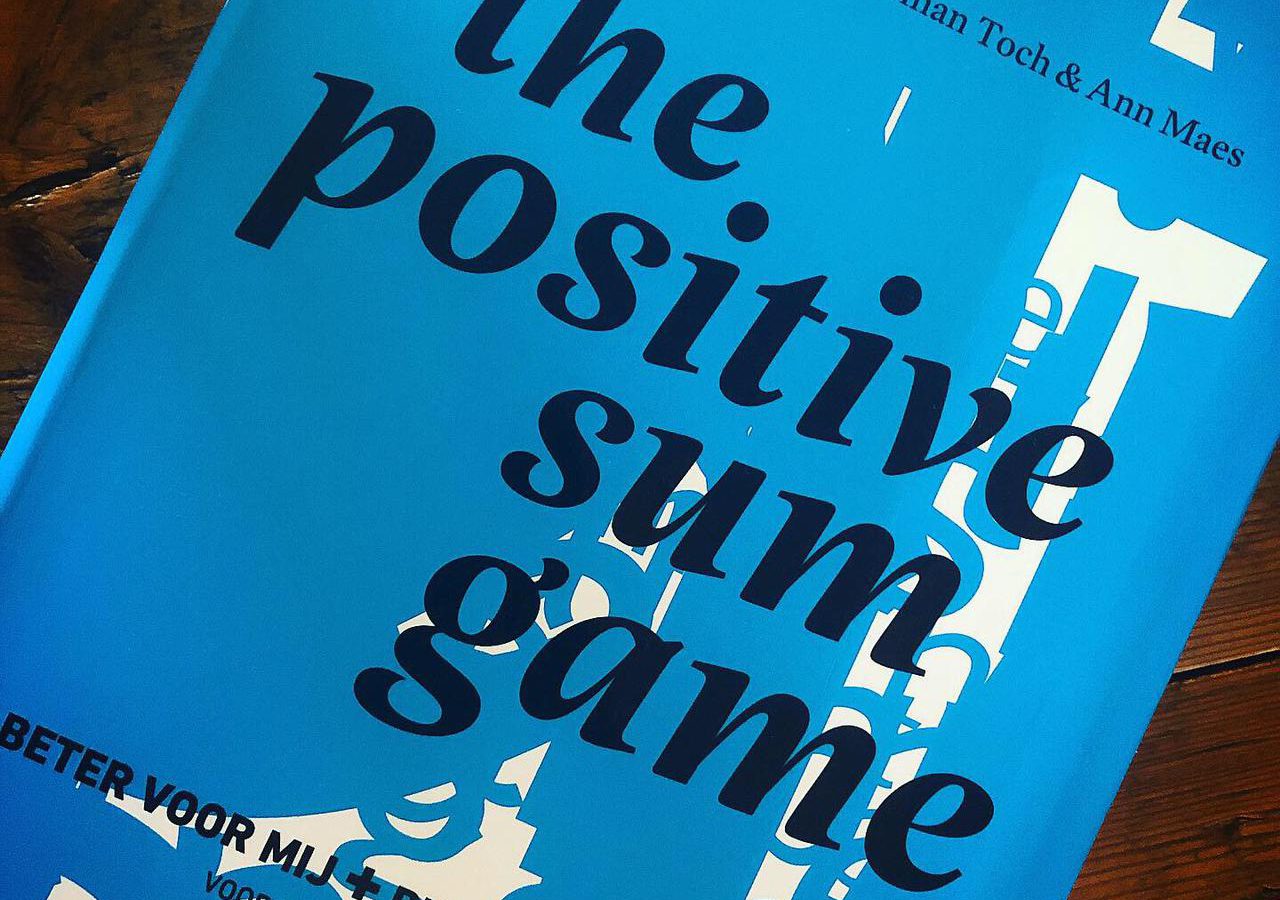 Driven by the war for talent

‘The positive sum game” of Herman’s book is the opposite of the well-known negative sum (or zero sum) game, where what is good for one party is bad for the others involved. So, where, in the zero sum game, you had to choose between “better for me” or “better for the world”, companies now have to accomplish a positive sum game where both do not exclude one another. It’s no longer just about shareholder value. It’s about striving for a positive impact for the entire ecosystem and creating shareholder value at the same time.

The number one reason for this tipping point was triggered by the war for talent, according to Herman. “Yes, this quest for purpose is driven by legislation, and by the voice of the consumer but the biggest reason is that millennials want a job with meaning and purpose. And companies that want to reel in young top talent, have to accommodate to that.” It reminded me of this term I recently heard at a keynote: the “sustainability natives” (in analogy with the digital natives). This is the younger generation which has a completely different perspective on the world which drives very different decisions than for instance my generation used to make.

A not so enlightened idea

According to Herman, our view of human nature, which basically still originates from the age of Enlightenment, is about to undergo a major shift. We’ve come to realize that our system gets dislocated if we regard humans as a one-dimensional homo economicus: we know now that people don’t just want to buy or sell. We are always looking for meaning, for social connections, for learning. So that’s one point of the shift: realizing that the homo economicus is only one part of human nature. And the other is that the Enlightenment-driven view of the individual as the center of everything – which has to be served by the planet and the animals – is just plain wrong: we are just one small part of a much bigger completely interconnected ecosystem. And every shift in the rest of that chain will one day come back to us.

And, just like me, Herman believes that this changed perspective has a huge impact on customer behavior. Where the customer experience was once only determined by functional benefits combined with emotional benefits, a third metric is now entering the game, which Herman calls the “transformational benefits”: “customers now also expect brands to offer them something that’s not just functional or emotional. They expect something that helps them become a better version of themselves or that helps create a better version of the world”. And this transformation is really creating a ripple effect. An example of Herman was how the consultancy company SAMR has added this dimension to their yearly measurement of the most customer friendly company of Netherlands: on top of the traditional CX (customer experience) they have now added the SX (social experience).

I believe that if we want to achieve real impact and scale with this new purpose-driven metric, we’ll have to accept imperfection. The NGOs are doing a great job, obviously, but the impact of huge companies like Unilever is much, much bigger. Take the case of Tesco collaborating with Jamie Oliver in order to stimulate healthier eating habits for children in the UK. It’s easy to be cynical about that and say that it’s just a marketing trick, nothing more. But this campaign will probably have a bigger reach than any government driven poster campaign. Will Tesco and Oliver make a lot of money from it? Sure. But you can’t have one without the other. And you need scale if you really want to tackle these huge health, environment, ageing etc. problems that our ecosystem is dealing with. Herman added to this the advice he gave to his customers: “We tell them it’s a journey about which they have to communicate in the most transparent way possible. We tell them to explain to customers and shareholders that the company is on a journey and that they cannot promise that perfection will be achieved.”

Just like with any type of disruption of ‘business as usual’, this sustainable transformation will be harder for incumbents who are still very much embedded in the capitalist system of answering to the short-term needs of shareholders, as Herman explained. Startups and even family-owned companies have very different values and ownership structures from the ground up and it’s more natural for them to put this purpose in the heart of their business. Incumbents have a lot of processes, mind-sets and even strategy to adjust before this will happen.

The advice that I give incumbents about this shift, is that they have to work step by step, starting at the basis. First, make sure that you have a great offering. That’s the essence of everything, obviously. Then, there’s that digital layer that offers convenience and personalization. Where that once was a differentiator, it now only means that you’re behind if you’re not tech-driven. If you have these right, start by figuring out how you can partner up with customers to become this indispensable facilitator in their life: how you can help them reach their hopes and dreams. And then, think about your impact on society. My feeling is, if you don’t work in that direction, but the other way around – start with the world, I mean – you’ll probably remain niche. Compare the Oxfam chocolate for instance, with the immense commercial success of Tony Chocolonely. To conclude in Herman’s words: it’s really important that you find that balance between CX and SX if you want to stay relevant to your customers and create real impact. Just keep in mind that it will be an imperfect journey. And that that is ok.

Check out my conversation with Herman Toch here.