5 Apps that excel in customer engagement.

In recent years certain industries have seen a huge change in customer engagement. Thanks to the ever-growing use of mobile technology it’s now possible to reach and engage your customers more than ever.

Most companies are already convinced that it is no longer about 'digital first', but we are already living in the 'mobile first' world. More than half of Zalando's sales is coming from a mobile device. About 40% of the Netflix streaming time is on a mobile device, 2 years ago this was 20% and 4 years ago this was 0%. It's mobile first. But mobile first is not about delivering content on a mobile device, it is about a new form of customer behavior. In this blog, I want to share 5 apps that are exactly doing this: creating a real mobile experience. Enjoy! 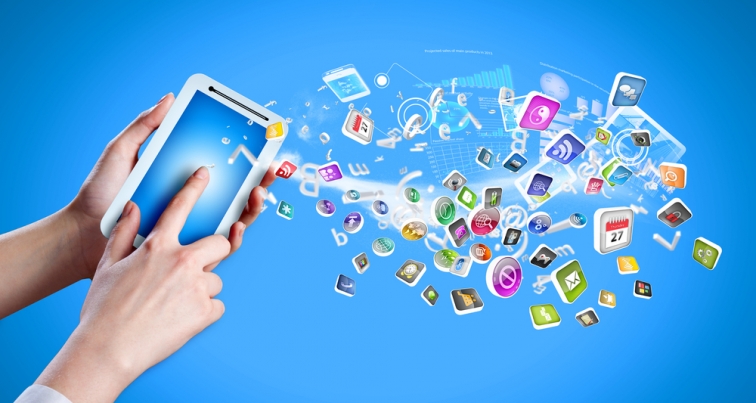 In Russia, dashboard cams have become a necessity to protect yourself from insurance fraud. As result we’ve seen an increase in dashboard cam apps for your smartphone. Enter Nexar, who decided to improve on this.

By employing the sensors and processor of the iPhone the Nexar app can analyze, record and understand how your surroundings react to your driving, making it the world’s first AI dashcam. In case of an accident, Nexar will create a report that not only includes the recorded video but also a detailed reconstruction that is based on the iPhone’s readings.

The goal behind Nexar is to collect as much driver data as possible, connecting nearby cars and warning them for dangerous intersections and reckless drivers in your vicinity. Suffice to say this will change the insurance claim process entirely. 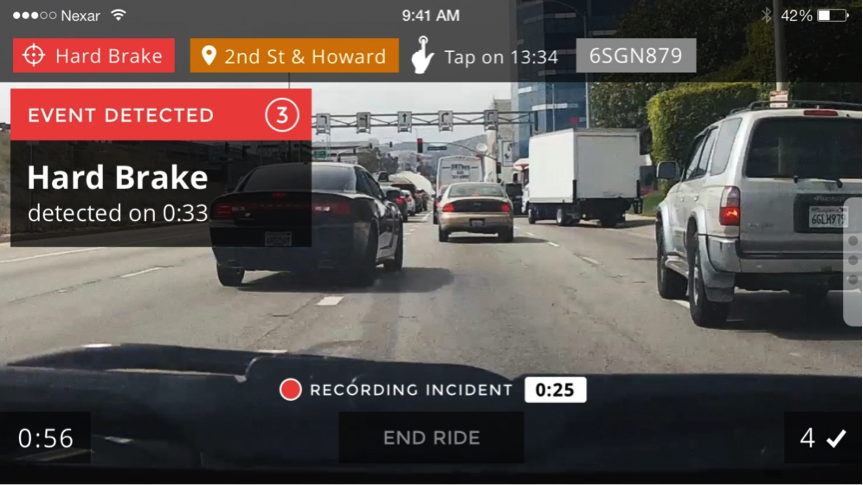 In the past, banks have always tried to target young clientele as early as possible. Garanti, Turkey’s second largest bank, is no different. Their goal was to create a new service that could successfully target millennials by building a strong relationship via their mobile app, iGaranti.

By recognizing the favorite brands of the user the app can provide exclusive offers via gps location. Deep social integration offers the possibility to transfer money peer-to-peer via Facebook. And the app advises the individual with potential shortfalls while at the same time putting the user completely in control of their money.

By putting the people first Garanti has broken down barriers and has  transformed the traditional banking way into a user-centered approach. 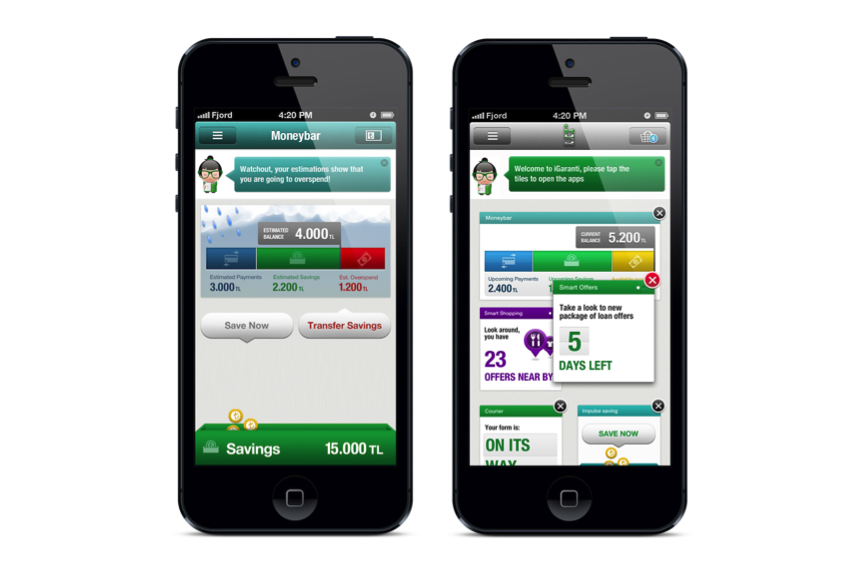 Most public transport companies have an app that offers you a roster, a route planner and an opportunity to buy tickets. Société de Transport de Montréal (STM) decided to take it one step further.

By using the geolocation on your mobile device combined with the use of your OPUS card (a smart card on which you can charge all STM transit fares), STM Merci offers you personal promotional offers, freebies and discounts depending on the stop you get off. According to STM, these offers are not only valid within STM services but also cover a wide range of products and activities that are in line with the app users’ interests and preferences.

By providing these offers, STM transformed the look and feel of their app from a mere commodity to a valuable brand that users promote and actively engage with. 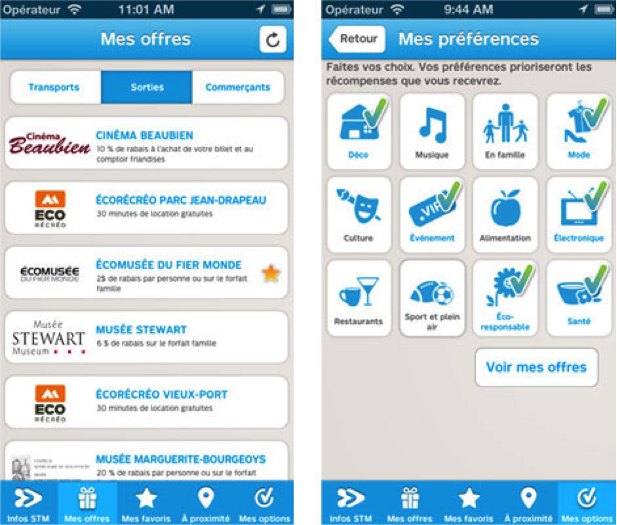 As mobile users increasingly use their device for media consumption and payments, it becomes harder to get a clear overview of the monthly mobile bill. Customers get bombarded by a lot of raw data and reports usually lack much needed transparency.

Scandinavian mobile operator 3 decided to switch things up and released a mobile app that transforms all the ugly data into a simple, clear and beautiful service. By changing the billing system from a number crunching report to a more streamlined but still detailed visualization, customers are now able to receive a transparent breakdown of their mobile use.

By making the data not only fun but also useful, 3 has build an interactive platform that leaves customers satisfied instead of discouraged. Reducing the need to call customer support and at the same time building a long-term relationship with their customers. 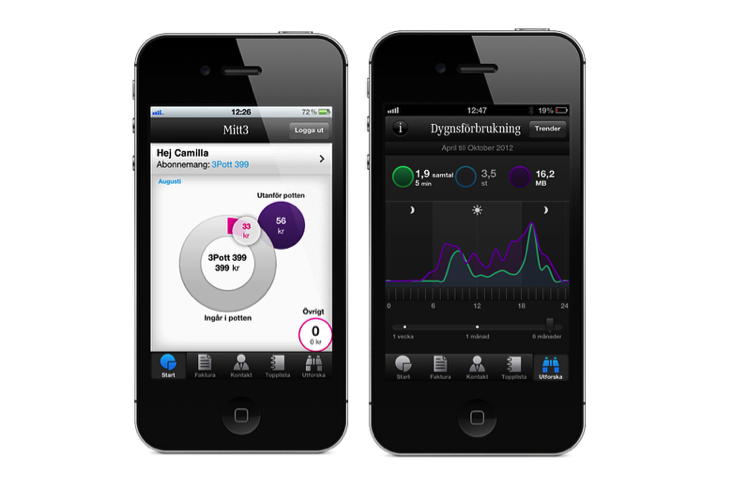 Ever since 360° videos hit YouTube and Facebook people have been experimenting and looking for ways to help them reach a higher customer engagement.

Dewaele real estate now offers the option to discover your dream house in virtual reality. Thus eliminating the need to visit every house physically and avoiding a lot of unnecessary frustrations.

Just slip your smartphone into a Google Cardboard (or any other VR viewer) and take a virtual stroll through several houses, straight from your comfy sofa. 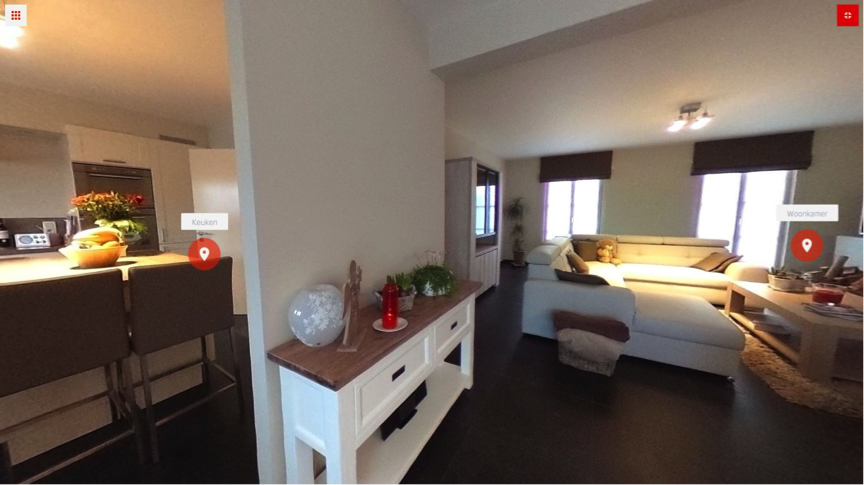