I had the pleasure to interview China tech speaker and author Matthew Brennan for Steven’s Weekly Podcast on the occasion of the launch of his book “Attention Factory: The Story of TikTok and China’s ByteDance”. I’ve always been fascinated by the success story of ByteDance, its news platform Toutiao (“Headlines”) and its  video-sharing social networking services and apps TikTok and Douyin (which is the Chinese-specific counterpart to TikTok), so it was great to talk to someone who really knew the ins and outs of these Chinese giants.

You can listen to our podcast interview here, but these were my top learnings from our conversation. 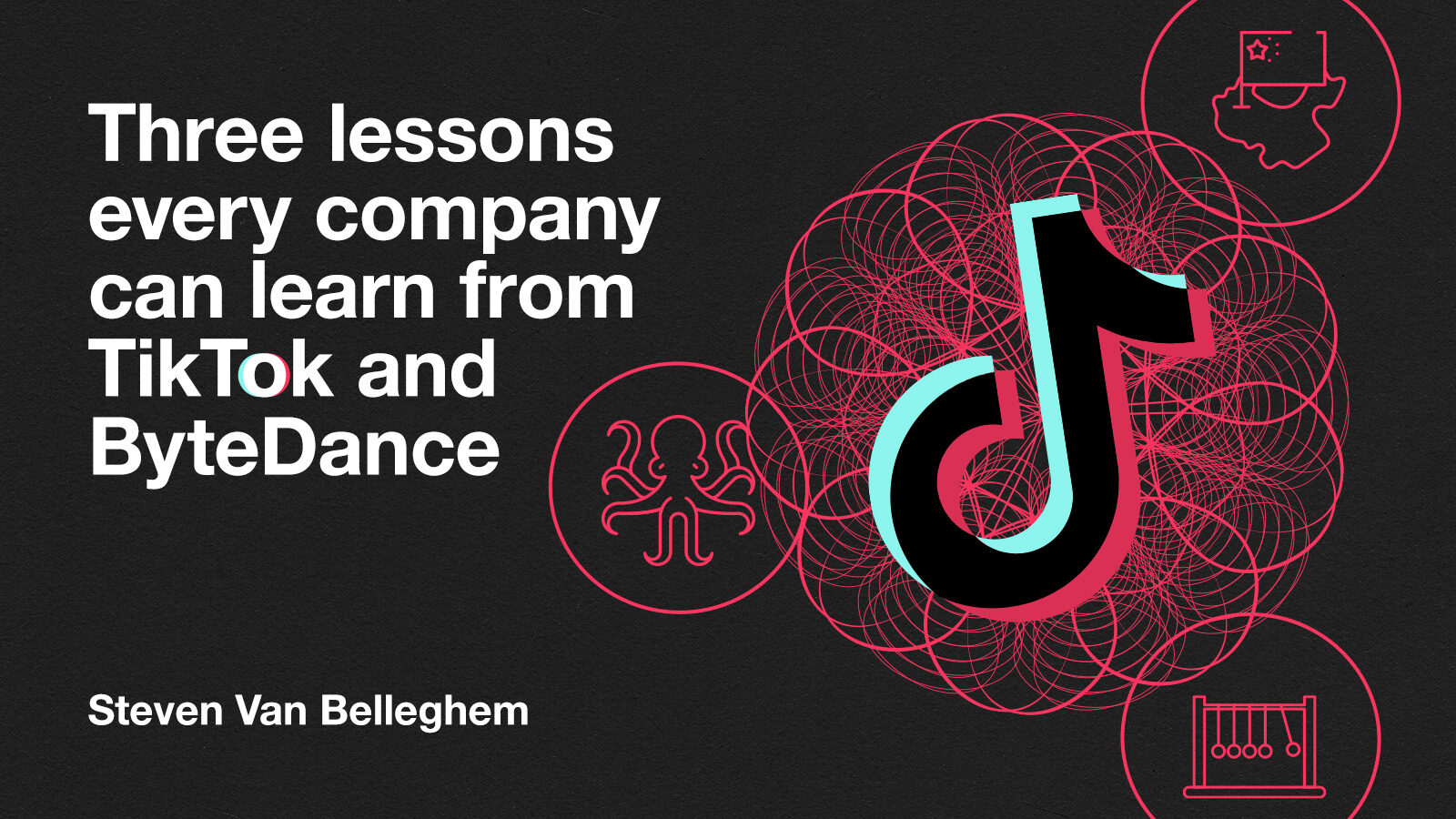 This is one of the behaviours of Chinese tech giants that I find the most intriguing. They start with one application and then evolve into a broad platform, entering many other types of markets. Even when there is already an established player there. For instance, even though WeChat, Ali Pay and Ant Financial were already offering very successful financial services, ByteDance has also been launching FinTech services and it’s also moving quite aggressively into other saturated areas like gaming and education.

Matthew explained that dynamic with pointing to the Chinese “traffic is king” logic: “if you have a large user base and an significant amount of traffic, you should be able to use and convert that into a variety of different services. And certainly that’s one thing ByteDance absolutely does have: massive amounts of traffic and users. TikTok, for instance, has 600 million active users per day, spending between 30 and 45 mins there. That’s a lot of attention to leverage.”

Matthew called this high diversity in services with “tentacles” of many different business lines, the “octopus model”. Often, among their very rich ecosystem, there are only one or two real “cash cows” but the others are created and fostered for a very specific reason: to avoid being disrupted. “These companies are paranoid about something coming out of left field and becoming a threat to their business. And, actually, that’s exactly what ByteDance did to Tencent in the last few years with short videos.”

Perhaps the most important of all, for the users this ecosystems thinking provides excellent CX, as they can do so many things in just one place, without needing to switch platforms. TikTok users, for instance, no longer need to leave the app if they want to buy the dress that their favourite TikTokker is wearing. Users love octopuses too.

Matthew believes that it’s not so much the ‘killer’ algorithms that make ByteDance and TikTok so powerful, but “how the product is constructed”. Facebook only receives information if you choose to react to something, and most people react when their emotions are heightened. Combined with the fact that we are often mindlessly and speedily scrolling through content, not reacting to something does not necessarily mean that you don’t like or dislike something. TikTok however, is structured very differently: “the content hits you straight away and you have to make a reaction to that content”, explained Matthew. “There are two choices: either swipe up, meaning you don’t like it, or you watch it, meaning that you do. So, TikTok cleverly built in that even by not reacting, you are still giving a very strong indicator to the algorithm of what your content preference is.”

As a side note, I just want to add that this makes their product highly addictive, even more so than the Western social media and that, even though this is commercially highly interesting, we also have to think about the ethical side of this. This ethical side of tech is one of the reasons why I wrote my novel Eternal (read here why.)

Now, this one is a little bit special, because the dynamic for this enhanced citizen experience (rather than customer experience) does not come the Chinese tech giants, but from the government.

“There’s a general and very clear trend that the Chinese government is expecting these very profitable and fast growing internet companies to not just chase a clear benefit for themselves but to drive a clear benefit for Chinese society as well”, explained Matthew. Basically, they are asking “what are you doing to make China a better place?”. A lot of people refer to the slogan of “Tech for good” here. And so a lot of the local internet companies are trying to specialize in certain areas.

Pinduoduo, for example, one of the largest e-commerce platforms is trying to specialize in agritech and optimize the value chain in rural areas. Tencent, then, is pivoting away from gaming – as the government is very concerned about game addiction – towards industrial internet, which is enabling a digitalization of traditional industries like education, healthcare and finances. Last but not least, ByteDance, has chosen education as their ‘tech for good’ focus area. “It’ one of the areas that the founder Zhang Yiming feels very passionate about”, explained Matthew, “seeing that there’s a lot of potential to use theirs recommendation technology to personalize courses.”

I’m sure that you might be sceptical about this “tech for good”, as we’ve been warned so much over here about the privacy and safety issues of trusting our data to Chinese apps like TikTok, but the dynamic really is here to make China better, not the entire world. Also, we all know that China is not exactly the most democratic country in the world, to say the least, so talking about making China a better place, seems almost cynical. Why do I mention this anyway? Well, because I am really intrigued by the government steering companies towards practices that are good for citizens, not just for the happy few and/or the company’s own benefits. If we could find a way to organize this on a global level (make the world better, not just China), then we could be onto something.