“The next frontier of shopping is the home!” My interview with Ron Johnson, CEO of Enjoy and Apple store inventor

I recently had the honour of interviewing the absolute legend of CX, Ron Johnson, for my podcast and I want to share the highlights of our conversation here on my blog as well.

For those of you who don’t know Ron: he’s the Co-Founder and CEO of Enjoy, one of the most fascinating CX-driven organizations I had to pleasure to encounter in the past months. Previously, he served as the CEO of JCPenney, the Senior Vice President of Retail at Apple and the Vice President of Merchandising at Target Corporation. If you’re a big fan of the Apple stores, like me and my two sons, you’ll be impressed to hear that he was the one in charge of designing their vision and experience. 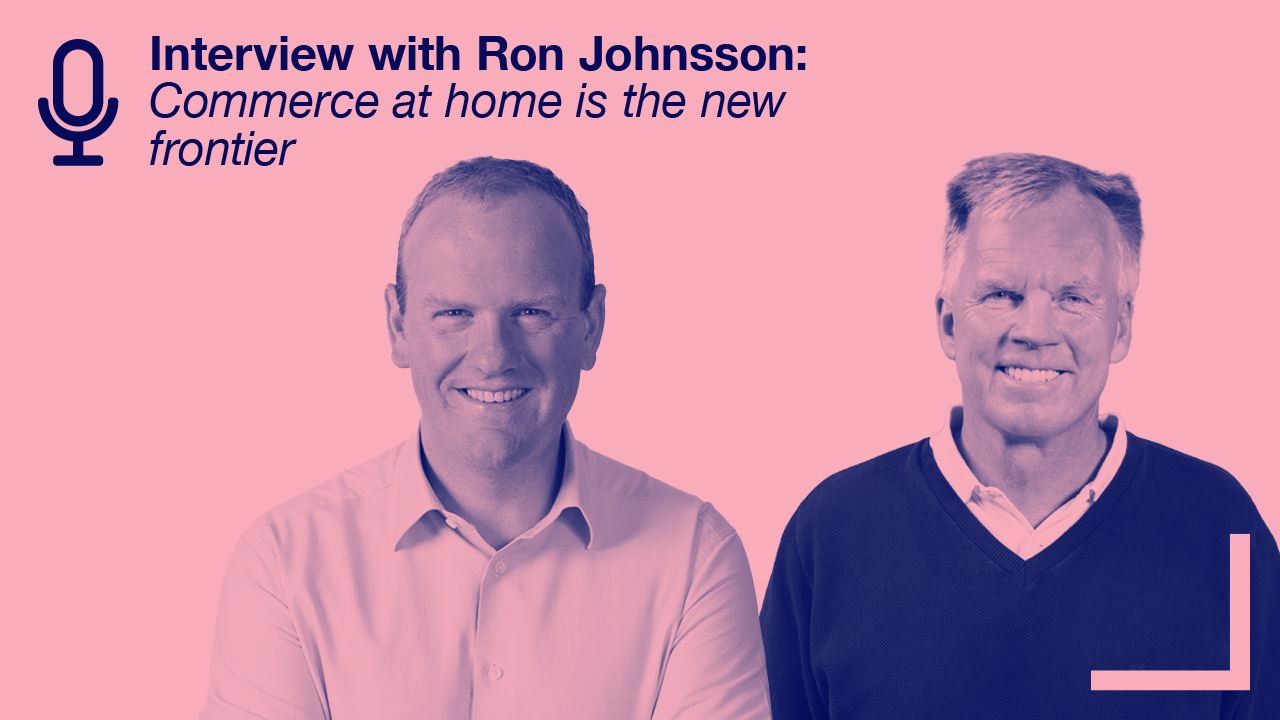 I loved that Ron and Steve Jobs decided to make the stores “as big as their brand” and not just as big as their product line (which is how it’s usually done) and that they then ‘filled’ them with experiences to create engagement. But I’ll let you listen to the podcast episode to hear more about that:

Today, Ron is one of the driving forces behind Enjoy, a fantastic Smart Last Mile™ solution with a network of Mobile Stores. To illustrate with the example of their customer Apple, that means that a trained full-time employee brings products to the customer’s home and spends up to about 45 minutes with them for free to set up their device and makes sure it connects with their life.

I truly love this mobile store concept, which pushes the concepts of convenience and personalized human experience to a whole new level. In fact, in the old world, marketing budget was spent to make sure that the customer would come to you. Today you see more and more companies turning that model upside down to build the services around the customer.

The next frontier of shopping is the home

That’s why Ron believes that “the next frontier of shopping is the home”. The careful observers will have noticed that some pioneers like Tesla have already reached that level: they deliver the car to your home and pick it up if it needs repairing. Ron’s company Enjoy is currently focussed on bringing this home commerce experience to premium consumer electronics products like those of Apple or AT&T§. He believes that this approach will spread to other markets as well.

He gave the example of e-bikes, too: “a lot of the market leaders today deliver the bike to your home, fit it and allow you to test drive it. You can also get it serviced at your home.” Retail stores no longer come into that equation. And why should they in this specific case? “The independent bike distributors receive margins of 40%, so let’s say that the manufacturer pays them about $800 for selling their e-bike. So by bypassing these distribution stores, they can save $800 which they can then invest in creating a much better, more convenient and personalized experience in the comfort of the customers’ homes.”

Peloton – with their VR platform and e-coaches – and Airbnb – turning rooms into hotel facilities – are also part of this evolution towards commerce at home, According to Ron. “This home revolution is happening all around us. We just haven’t intellectually put our heads around it.”

As they are able to deliver such far reaching convenience and personalization for their customers’ customers, it should not come as a surprise that Enjoy has a lifetime NPS of no less than 88. That’s actually one of the best scores I ever encountered. When I asked Ron about the secret ingredient of their fabulous experiences, he said that it all comes down to people and data.

First of all, he told me, “it’s important to select and hire great people: self-starters, with an entrepreneurial spirit that love people and technology”. Training them is also an important part – even though learning on the job by doing is just as essential – as well as creating a mission where they want to deliver great experiences.

But the data perspective is just as important, explained Ron. At Enjoy, they measure the entire experience from A to Z, in order to get valuable insights and learn from them. They know how long it took the expert to communicate with the customer and through which channel, how long it took to deliver the device, how much time they spent with the customer setting everything up, when the device was activated and which services were launched. And so the mobile store manager is basically monitoring everything, a bit like an air traffic controller. And that, combined with the feedback afterwards, offers them very good visibility into what the expert does, so that the experiences can be improved with every point of contact.

One of the things they learned over the years was that the length of the experience and the NPS are directly correlated: the longer the former, the better the latter. I thought this was surprising because in an age where almost every company tries to be fast and offer extremely convenient self-service, Enjoy is doing almost the exact opposite. Obviously, time is of the essence to deliver the products, but they really take their time to talk to and help the customers.

Ron still believes in retail stores, but he rather sees them as a great place to learn about a product than a location to buy a product. “Stores will be a part of our future for the next thousand years as they have been for the last thousand years. But they will keep evolving. And at the same time, 50 years from now, a majority of the retail experiences will happen in our homes, because that’s where we use our products, not just as stand-alone but all together (which makes the story a lot more complex).

He told me he did see the potential of the metaverse in that hybrid story, when I asked him about it. But he is also convinced that it’s “not ready for prime time yet”, with only a handful of early adopters experimenting with it today. According to him, no one really knows what the metaverse is going to look like a decade or two from now, when it matures. He compared it with ecommerce which took about 20 years to get to its current customized form which is completely different from its early days.

But he does believe that new platforms are a big deal and hold infinite potential for enormous transformation. “Look at how valuable the smartphone platform is”, explained Ron. “Or how valuable the PC was, for Microsoft. Those are both multi decade platforms that really changed the game. I can see where a Facebook that’s struggling with its business model would be trying to get in front of the next big technology platform, which could be the metaverse. So there’s going to be a lot of money put into this and we’ll see how it plays out.”

Doing one thing at the time

You might think that the right vision will play an important part here. And it probably does. But Ron also told me something about Steve Jobs that I really liked: “Steve taught me that there’s no such thing as great vision. He said “I don’t have great vision. I just do one thing at the time, I learn from that and then do the next thing.”” When you look back at the success of Apple, it’s easy to think that it had this grand strategy about digital devices and an app store. But “no one had a clear vision for that”, Ron explained. “It happened one product at a time. When we launched the iPhone, there really wasn’t an app store, just a handful of apps. And then we built out an app store and people started to create apps, but it took a long time. It wasn’t until 2010, 2012, when apps like Spotify, Facebook and Instagram really took off. But it wasn’t an overnight success.”

Evolutions like these are so normal today that we’ve almost forgotten that you always have this traditional s-curve for any kind of new approach or new technology. I, myself, am really curious about the s-curve of the metaverse and Web3. But that’s an entirely different story.

If you want to listen to my entire conversation with Ron – and I really hope that you do, because it’s one of my top favourite conversations so far – you can do that here: